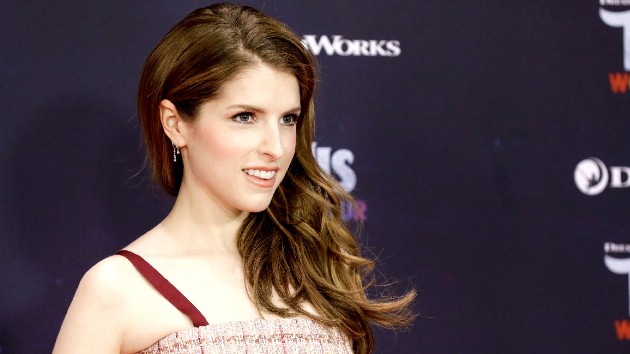 (LOS ANGELES) — Anna Kendrick made a name for herself in the Pitch Perfect series, which spawned the Billboard top 10-charting song “Cups” — but before belting it out with the Bellas in 2012, she hung out with a different Bella in 2008.

Kendrick played Jessica Stanley, one of the human friends of Bella Swan — played by Kristen Stewart — in the Twilight movie series.  While the 34-year-old actress is thankful that the Twilight Saga led to bigger opportunities, she says filming the series was anything but warm and cozy.

In a recent interview with Variety, Kendrick revealed that filming in Portland, Oregon is not all it’s cracked up to be.

“I just remember being so cold and miserable,” she dished. “And I just remember my Converse being completely soaked through and feeling like, ‘You know, this is a really great group of people and I’m sure that we would be friends at a different time, but I want to murder everyone."”

According to Anna, the feeling was mutual among the entire cast, which led to several “bonding” experiences.

With a laugh, the Trolls star clarified, “There was something about it, like if you go through some trauma event. Like, you imagine people who survive a hostage situation… and you’re kind of bonded for life.”

Kendrick added that she became better friends with the cast when shooting New Moon because the weather wasn’t “quite so intense.”

As for how she landed the role of Jessica Stanley, the Academy Award-nominated actress revealed that the director, Catherine Hardwick, personally asked her to audition.

Kendrick honestly believed she wouldn’t get cast and just hoped she did well enough for the casting director to keep her in mind for other projects.

When she was landed the opportunity, Anna exclaimed, “it was such a shock.”