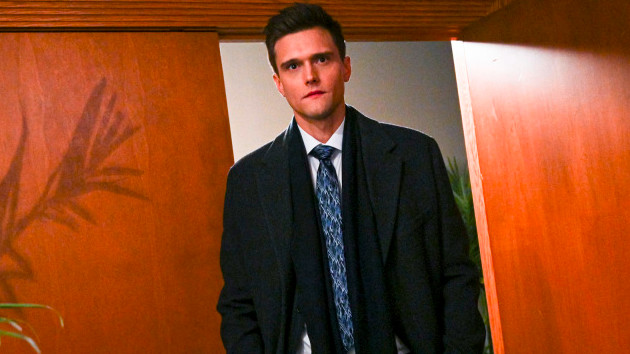 (LOS ANGELES) — Hartley Sawyer has been fired from CW’s The Flash over a series of racist and misogynistic tweets he posted prior to joining the show, according to The Hollywood Reporter.

The tweets, mainly written between 2012 and 2014, make references to sexual assault and contain racist as well as homophobic language.

While Sawyer’s Twitter account has since been deleted, screenshots of the old posts have circulated online in the past two weeks.

The CW and the show’s producers Warner Bros. Television and Greg Berlanti Productions confirmed Sawyer’s release in a statement obtained by THR that reads in part, “In regards to Mr. Sawyer’s posts on social media, we do not tolerate derogatory remarks that target any race, ethnicity, national origin, gender, or sexual orientation.”

“Such remarks are antithetical to our values and polices, which strive and evolve to promote a safe, inclusive and productive environment for our workforce,” the statement continued.

The Flash showrunner Eric Wallace also tweeted a statement on Monday, calling Sawyer’s posts “indicative of the larger problem in our country.”

Hartley issued an apology on his Instagram page last week, saying that he is “incredibly sorry, ashamed and disappointed in myself for my ignorance back then.”

Sawyer joined The Flash in season four in a recurring role as Ralph Dibney, a.k.a. Elongated Man, and was upped to a series regular for the show’s fifth and sixth seasons.