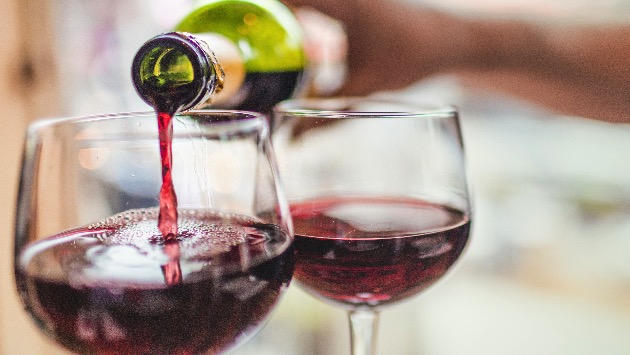 By KATIE KINDELAN, ABC News(NEW YORK) — In a major change, the American Cancer Society is now saying that cutting alcohol out of your diet completely is best for cancer reduction and prevention.”For the first time they’re saying not one drink a day for women, not two drinks a day for men,” said Dr. Jennifer Ashton, ABC News chief medical correspondent and a board-certified OBGYN. “They’re saying the best thing you can do for your health is to avoid alcohol completely.””They really called this out as the third most major modifiable risk factor for our health and cancer reduction and prevention, behind not smoking and maintaining a healthy weight,” added Ashton, who was not involved in the release of the American Cancer Society’s new guidelines.While this release sets abstinence as the healthiest option, prior guidelines on cancer reduction and prevention seemed to permit one alcoholic drink per day for women or two for men, with one drink defined as 12 ounces of regular beer, five ounces of wine, or 1.5 ounces of 80-proof distilled spirits.The new guidelines, released Wednesday, mark the first set of new guidance the American Cancer Society (ACS) has released since 2012.In addition to avoiding alcohol, changes to the guidelines include recommendations for more physical activity and eating less (or no) processed and red meat.For physical activity, the ACS now says that getting 300 minutes or more of physical activity per week will “give you the most health benefits.” At a minimum, adults should get 150 to 300 minutes of moderate-intensity physical activity per week, or 75-150 minutes of vigorous-intensity physical activity per week, or a combination, according to ACS.Children and teens should get at least one hour of moderate or vigorous intensity activity each day, according to the new guidelines.In terms of food, the ACS recommends a diet filled with “colorful” fruits and vegetables as well as whole grains and brown rice. Foods including red meats such as beef, pork, and lamb and processed meats such as bacon, sausage, deli meats, and hot dogs, sugar-sweetened beverages, highly processed foods and refined grain products should be limited, according to ACS.Cancer remains the second leading cause of death in both men and women in the United States, contributing to nearly 600,000 deaths per year, according to the Centers for Disease Control and Prevention (CDC).Copyright © 2020, ABC Audio. All rights reserved.

COVID-19 live updates: 7 states accounting for about half of new cases
Is delta more dangerous for children? Pediatrician answers top back-to-school questions
‘South Park’ creators ink reported $900 million deal for 14 Paramount+ movies; show to run through 2027
Unvaccinated patient in hospital pleads for others to get vaccine: ‘I want to help as many people as I can’
FAA urges airports to help stop alcohol ‘to go’ amid unruly passenger spike
Defense Secretary to announce mandatory COVID vaccinations for troops ‘soon’: Sources