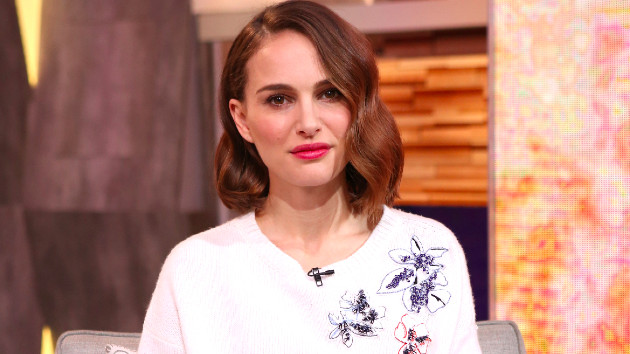 (LOS ANGELES) — As more celebrities call for defunding the police in the wake of George Floyd’s death, Natalie Portman revealed she was hesitant to support the movement at first.

In a brutally honest message on Instagram on Monday, the Thor actress also took the time to explain to fans the difference between reforming and defunding the police.

“When I first heard #defundthepolice, I have to admit my first reaction was fear.  My whole life, police have made me feel safe,” Portman sincerely began, before breaking down and owning up to why her initial gut reaction was wrong.

“But that’s exactly the center of my white privilege: the police make me as a white woman feel safe, while my black friends, family and neighbors feel the opposite: police make them feel terror,” The 39-year-old detailed. “And for good reason.”

Portman then went on to describe an alarming statistic regarding U.S. police violence, “Police are the 6th leading cause of death for black men in this country,” to which she claims “are not isolated incidents.”

The Black Swan actress continued, “Reforms have not worked. Minneapolis, where George Floyd was murdered, is one of the most progressive police forces in the country, having undergone extensive anti-bias training.”

Portman then rallied for redirecting police funds into other programs that specialize in “nourishing people,” such as “education, healthcare, environment, shelter” instead of funneling money “into punishment.”

The Oscar winner then owned up to her initial complacency and vowed to challenge her gut reactions in the future, adding “the system that makes me feel comfortable is wrong.”

Portman also left fans a lengthy slideshow of resources to look into, such as a list containing relevant reading material and ways to become involved with the movement.