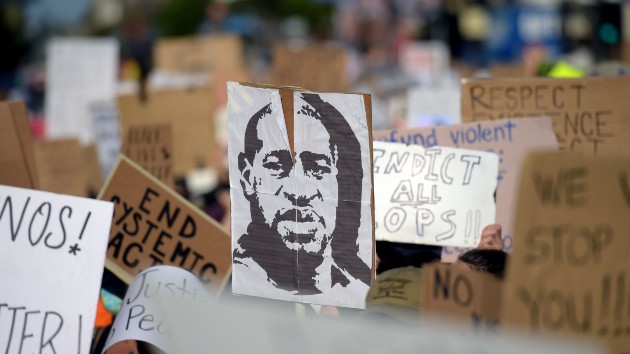 By JON HAWORTH, EMILY SHAPIRO, MEREDITH DELISO and MARC NATHANSON, ABC News(NEW YORK) — The death of George Floyd, a black man who died on Memorial Day after he was pinned down by a white Minnesota police officer, has sparked outrage, protests and calls for police reform in Minneapolis, across the United States and around the world.Second-degree murder, third-degree murder and manslaughter charges have been filed against Derek Chauvin, the ex-officer who prosecutors say held his knee on Floyd’s neck for nearly nine minutes. The three other officers have been charged with aiding and abetting second-degree murder and aiding and abetting manslaughter. All four officers have been fired. Here is how the news unfolded on Monday. All times Eastern: