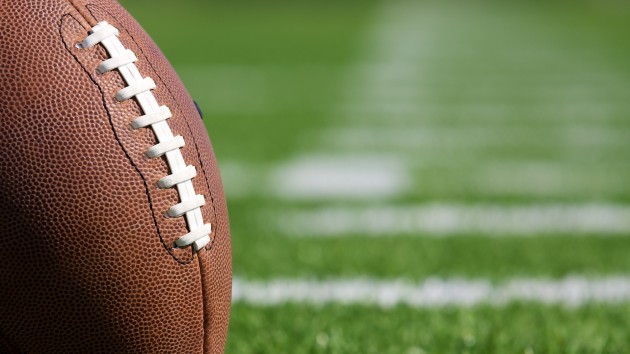 By DEENA ZARU, ABC News(NEW YORK) — Responding to the unrest and protests following the death in police custody of George Floyd, NFL Commissioner Roger Goodell issued a video statement Friday apologizing to players for “not listening” to them about racism.”We, the National Football League, condemn racism and the systematic oppression of black people. We, the National Football League, admit we were wrong for not listening to NFL players earlier and encourage all to speak out and peacefully protest,” Goodell said in a video posted on the NFL’s Twitter page. “We, the National Football League, believe black lives matter. I personally protest with you and want to be part of the much-needed change in this country.”An NFL spokesman told ABC News on Sunday that Goodell’s statement was a direct response to a plea from a group of NFL players who directly addressed the league in a message posted on Friday and called on the NFL to “listen to your players.”

We, the NFL, condemn racism and the systematic oppression of Black People. We, the NFL, admit we were wrong for not listening to NFL players earlier and encourage all to speak out and peacefully protest. We, the NFL, believe Black Lives Matter. #InspireChange pic.twitter.com/ENWQP8A0sv

In a video titled “I am George Floyd” and posted on the NFL’s Twitter page, a group of NFL players including Deshaun Watson, DeAndre Hopkins and Tyrann Mathieu, delivered this message: “How many times do we need to ask you to listen to your players? What will it take? For one of us to be murdered by police brutality?”

Players, we hear you. #StrongerTogether pic.twitter.com/UJvS7AP0an

“We will not be silent. We reserve our rights to peacefully protest,” the players said, naming more than a dozen unarmed black men and women who died at the hands of police officers.Goodell vowed to continue reaching out to players to discuss “how we can improve and go forward for a better and more united NFL family.”The NFL’s official Twitter account has been sharing quotes from players and photos of players participating in protests around the country.

What about Kaepernick?Goodell’s statement did not mention Colin Kaepernick, the former San Francisco 49ers quarterback who was the first to take a knee on the football field during the national anthem to protest police brutality.Asked if Goodell has reached out to Kaepernick, the NFL spokesman said that the commissioner has been having conversations with players over the past two weeks.Goodell spoke with the Players Coalition — a group of current and former NFL players advocating for social justice — one day after Floyd was killed in Minneapolis, and has also contacted some players who were featured in the video, he added.Over the past couple of seasons, on-field protests have waned, but Eric Reid — who was the first to take a knee alongside Kaepernick — and players Kenny Stills and Albert Wilson have continued to take a knee.But with Kaepernick still unsigned, activists and supporters of Kaepernick have criticized those efforts as attempts to save face.”I have @Kaepernick7 phone number if y’all need it! It’s time that he is employed. How long will the @NFL say they are listening and willing to be at the forefront of change but continue to exile him for trying to do the same?!” Reid tweeted on Thursday. “Until he’s signed, let’s call this what it is…PR.”Kaepernick, who hasn’t played in the NFL since 2016, first took a knee on the football field during the playing of the national anthem in 2016 to protest police brutality, sparking a nationwide movement.The death of George Floyd has brought Kaepernick back into the national spotlight in a stark way, with advocates comparing the knee of the police officer who kneeled on Floyd’s neck to Kaepernick taking a knee to protest police brutality. The contrasting images have gone viral on social media.Amid the George Floyd protests, even some police officers and law enforcement officials have taken a knee in the streets alongside protesters in solidarity against the killings of unarmed black people.In a grievance filed against the NFL in 2017, Kaepernick argued that he was effectively blacklisted by the league due to his on-field protest, a charge the league denied. The lawsuit has been settled.Joe Lockhart, who served as executive vice president in charge of communications and government affairs at the NFL from 2016-2018, issued a mea culpa in a CNN op-ed on March 30 titled, “Now is the moment to sign Colin Kaepernick.””No teams wanted to sign a player — even one as talented as Kaepernick — whom they saw as controversial, and, therefore, bad for business,” Lockhart wrote, adding that “Goodell, and other league executives tried to persuade the teams to change their minds.”Mark Geragos, Kaepernick’s attorney, slammed the op-ed in a phone interview with ABC News on Wednesday, specifically taking issue with Lockhart’s claim that Kaepernick was “bad for business” and characterizing it as “complete nonsense.””Clearly the NFL was trying to keep Colin out but it wasn’t because they were worried about business, it was because they were kowtowing to Trump. Period,” Geragos said, referring to Lockhart’s account are “retrograde amnesia” and pushing back against the claim that league executives were trying to help Kaepernick.Geragos particularly pointed to the Nike “Just Do It” ad campaign starring Kaepernick in 2018 — after which the company’s sales boomed and blew through expectations for second-quarter sales.Asked about the Lockhart op-ed and Geragos’ criticism, an NFL spokesman told ABC News that, “Any club may sign Colin if they choose to do so.”Trump again joins the debatePresident Donald Trump took a side in this divisive debate early on, lambasting players who took a knee and waging a years-long feud with the NFL for allowing the protests to take place. He brought up the issue during interviews, campaign rallies, national addresses and a consistent stream of animated tweets, attacking the league and providing commentary on everything from the NFL’s latest negotiations with players over the kneeling policy, to criticizing Nike’s ad campaign starring Kaepernick.And after months of silence on the issue, on Friday he again joined the debate by criticizing New Orleans Saints quarterback Drew Brees.Amid outcry over the death of Floyd, Brees initially said he will “never agree with anybody disrespecting the flag of the United States of America or our country,” but later apologized, saying that his comments “missed the mark.””I stand with the black community in the fight against systemic racial injustice and police brutality and support the creation of real policy change that will make a difference,” Brees wrote on Instagram Friday.”I am a big fan of Drew Brees. I think he’s truly one of the greatest quarterbacks, but he should not have taken back his original stance on honoring our magnificent American Flag. OLD GLORY is to be revered, cherished, and flown high,” Trump responded, punctuating a tweet thread with “NO KNEELING!”Brees then directly addressed Trump’s tweet in a lengthy Instagram post, writing, “Through my ongoing conversations with friends, teammates, and leaders in the black community, I realize this is not an issue about the American flag. It has never been. We can no longer use the flag to turn people away or distract them from the real issues that face our black communities.” Copyright © 2020, ABC Audio. All rights reserved.