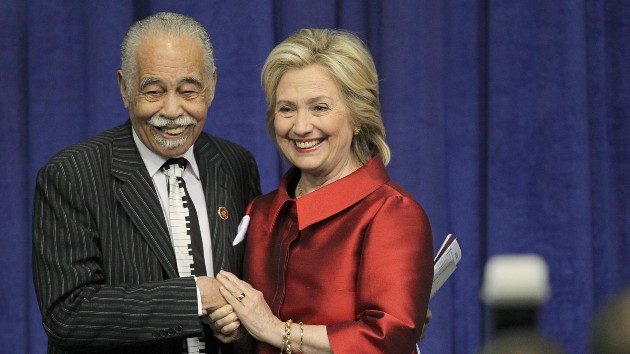 By MARIYA MOSELEY, ABC News(HOUSTON) — Legendary Texas Southern University debate coach Dr. Thomas F. Freeman has died at 100, the university has announced.Tributes are pouring in for the renowned orator and teacher who passed away on Saturday. Freeman’s children confirmed that he died from natural causes, just weeks ahead of his 101st birthday later this month, according to The Houston Chronicle.He trained thousands of students over his seven-decade career, including Martin Luther King Jr., while King was a student at Morehouse College in Atlanta.Freeman also taught Reps. Barbara Jordan and Mickey Leland, as well as Grammy Award-winning singer Yolanda Adams.He was tapped by Oscar-winner Denzel Washington to work with young actors for the 2007 film The Great Debaters, which tells the real-life story of a 1930s black debate squad that defeats an all-white team.Freeman reflected on his legacy during an interview with ABC News last year at the headquarters of the Texas Southern University debate team, where he was still teaching at the age of 100 after starting his career there in 1949.Freeman, whose teams won dozens of debate championships, said the key to being a great debater is is to “have a devotion to the truth … [and] the facts.”When asked about racism in America, Freeman said that “unless something is done to stem the tide, we’re going to be suffering for a long time.”Among those paying tribute to Freeman on social media are Texas Rep. Al Green, Houston Mayor Sylvester Turner and Rep. Sheila Jackson Lee.”Today, we have lost a legend,” Green wrote on Twitter. “A truly free man, who made every effort to liberate and mold the minds of the generations of leaders behind him. Dr. Thomas F. Freeman was not only a great debater but a great husband and father, a great minister, a great man, and a great friend.”Just days before death, Freeman and his wife, Clarice, shared with Houston ABC affiliate KTRK-TV the secret to maintaining their 67-year marriage, telling the station that one of the keys is having “a genuine respect for each other.””I think everybody was born with a plan,” Clarice said. “That plan for me was to fall in love with Thomas Freeman. And the rest is history — 67 years of history.” Copyright © 2020, ABC Audio. All rights reserved.