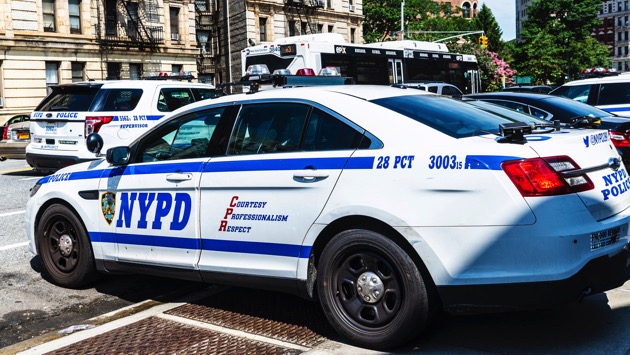 By IVAN PEREIRA, ABC News(NEW YORK) — After two weeks of protests following the death of George Floyd, several U.S. cities are looking to reform their police departments and budgets.While Congress is slated to introduce reforms that include a chokehold ban, a limit on qualified immunity for officers and a restriction on military weapons, local governments have begun to take action.Although many of these reforms will be subjected to a long debate among local officials, some activists say it is a good start.Here are some of the cities that have promised reform so far:MinneapolisThe Minneapolis City Council announced Sunday that it would disband its police force in light of Floyd’s death and long-standing issues with police conduct.In a statement, nine city council members said they will be taking immediate steps to disband the Minneapolis Police Department through “the budget process and other policy decisions.””We’re committed to engaging with every willing community member in the City of Minneapolis over the next year to identify what safety looks like for everyone,” the members said in a statement.Although plans for defunding the police are veto-proof, Minneapolis Mayor Jacob Frey told “Good Morning America” Monday he is not in support of disbanding the police. Frey, who was booed by protesters Sunday, said he is aiming to address police abuses through internal changes.”And so let me be very clear, we’re going after the police union, the police union contract, the arbitration provisions that mandate that we have arbitration at the end of the process and oftentimes that reverts the officer right back to where they were to begin with,” he said.Last week, the city council unanimously voted on several police reforms including the banning of chokeholds and restrictions on the use of weapons such as tear gas on crowds.Kandace Montgomery, director of Black Visions, one of the local groups that have been in discussions with the council since the protests began, said the city should have done this long ago.”George Floyd should not have been murdered for so many people to wake up,” she said in a statement.New York CityOn Sunday, Mayor Bill de Blasio announced a sweeping set of reforms that would shift funding from the NYPD to other sectors of the city’s budget.De Blasio said he will work with the city council to hammer out the details over the next three weeks, but told reporters Monday that the amount would be “something substantial.””We will do that as a negotiation,” he said.As part of the budget proposal, the money will be taken from the NYPD and given to “youth development and social services for communities of color,” according to the mayor. The city will also shift enforcement of its street fairs out of the NYPD’s jurisdiction and push for the state legislature to remove provisions in its 50-A law that the mayor says limits police transparency.NYPD Commissioner Dermot Shea told several New York news stations he still needed more details about the plan, especially the dollar amount, but he was on board for “smart cuts.””I fully support moving money to youth programs,” he told NY1 Monday morning. “Every city agency needs to tighten its belt.”SeattleSeattle Mayor Jenny Durkan announced Sunday short- and long-term changes to the city’s police force to address the concerns about police from residents.She said she will review the Seattle Police Department’s budget with a “special focus on listening community voices throughout the process.””Mayor Durkan concurred with many [activist groups’] requests and is working to quickly implement changes, including establishing and…resourcing of a Seattle Black Commission and investing $100 million in community-driven programs for black youths and adults,” her office said in a statement.In addition to the budget proposal, Durkan has called for an independent prosecutor at the state level to investigate and prosecute any police officers as well as updating the department’s procedures for mass protests.SacramentoThe Davis Police Department announced Saturday that it will prohibit its officers from using chokeholds.Chief Darren Pytel said Floyd’s death prompted questioning over current police tactics and more reforms were coming.”The police change affects the strong thoughts and public demand for change in contemporary policing today,” Pytel said in a statement.The Davis PD also put out other policy changes including one that requires an officer to intercede if they see a fellow officer use excessive force.New JerseyNew Jersey Attorney General Gurbir Grewal announced on June 5 that the state will ban police departments from using chokeholds, carotid artery neck restraints or similar tactics. Grewal said their use has led to several incidents where a suspect suffered asphyxiation.”Because these tactics create a substantial risk of death or serious bodily harm, officers who cause a subject’s death or injury while performing them face potential criminal liability,” Grewal’s order said.The order provides an exemption “in the very limited situations when deadly force is necessary to address an imminent threat to life.”Copyright © 2020, ABC Audio. All rights reserved.