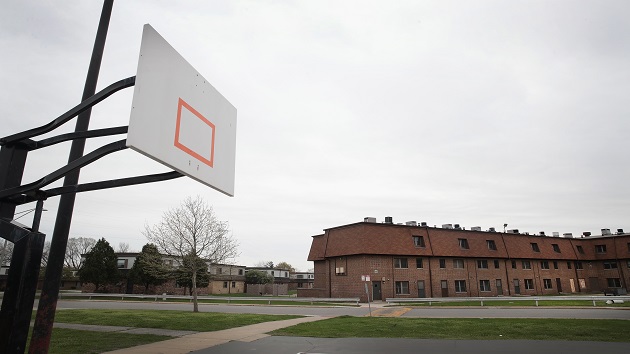 (NEW YORK) — The NBA has announced a tentative date to restart the 2019-20 season, but due to social distancing rules and rim removals because of the coronavirus pandemic, many people throughout the U.S. still can’t enjoy basketball for themselves.For Chelse Hall, “Basketball is life.” When she had to cancel her season due to the coronavirus pandemic, telling her players was devastating. And she’s just one of thousands of coaches around the country forced to end their seasons abruptly, still struggling to find ways to coach without directly interacting with her players.”It’s crazy — it’s like, it’s almost unbelievable to realize what’s going on, like the entire world is shut down,” Hall said. “I know our basketball world is just a tiny piece of it, but it’s recreation for kids, so you take away what they love to do.”Hall, who has 10 years of coaching experience, participates with the JR NBA players league, is the director of six teams in Philadelphia and runs leagues that have 25 to 30 teams per season through her “Right Turn Youth Academy.” Despite the stress she’s felt because of the pandemic, Hall added that it’s given her motivation to still experience basketball.”My motivation for pushing,” she said, pointing to her son she coaches, “is this guy, and all the kids I have around me.”She said she’s stayed engaged with other coaches to help keep players on top of things.In addition to organized basketball leagues screeching to a halt, rims at playgrounds throughout the county were removed to help enforce social distancing. In April, it was reported that more than 1 out of every 4 basketball rims in Philadelphia had been removed. Washington, D.C., Los Angeles and New York City were similarly affected — even famous courts like those at Rucker Park in Harlem, the West Fourth Street Courts in Greenwich Village and the McCarren courts in Brooklyn had rims removed.”To see these historical places, to see these courts that I grew up on, playing with no rims or bags on top of the rims, is so … it was unnatural,” said Tyson Etienne, a Wichita State basketball player from Englewood, New Jersey. His freshman season was cut short after the NCAA canceled March Madness, and colleges and universities sent students home.”You feel like things like this can never happen — you almost always expect basketball to be there, that it can’t be taken away,” Etienne added. “Through this pandemic, we’ve seen that it, too, can be taken away. And you know? It really puts things in perspective.”One of his high school coaches, Derek Klein, said he was devastated when he heard he wouldn’t be able to continue shooting around and working out with his players.”The gyms are closed, and now we can’t even tell our athletes to go shoot around at the park,” Klein said. “So if you have a good home, you’re blessed. But if you don’t, it’s unfortunate.”The park is where I put in most of my work when I was younger, and I know a bunch of our athletes used to love going to the city parks and putting their work into competing,” Klein said.Klein said he can’t wait to see his players all on the same court again.”I miss the camaraderie, the energy, the high-fives, the culture, everything that we stand for, everything that basketball stands for,” he added.In the meantime, coaches and players will have to continue to chat over Zoom, work out at home and watch old footage of games or practices. For Hall, such adjustments come with prayer.”Pray for any frustrations that you have. You have to adjust to everything that’s happening,” Hall said. “The only thing you’re promised in life is that there will be change. And right now, this is a major change that we’re all going through together.”Copyright © 2020, ABC Audio. All rights reserved.

Some people making $100K or more say the benchmark for financial success has shifted
Atlanta Hawks rookie Okongwu has shoulder surgery, out six months
Common reveals how girlfriend Tiffany Haddish has made him a new man
CDC director stands firm on mask guidance, calls it an ‘individual choice’ for those vaccinated to wear one
Safety tips for kids not eligible yet for COVID-19 vaccine
Airlines keep losing and damaging wheelchairs at an alarming rate