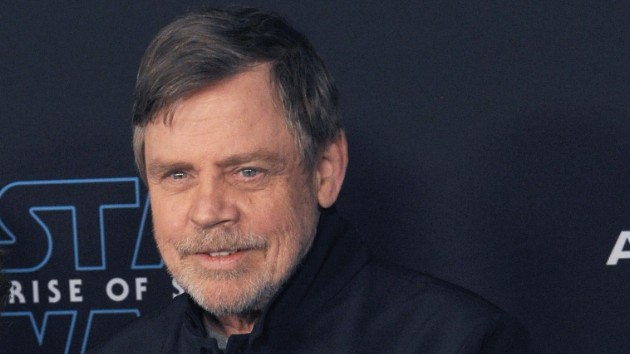 (LOS ANGELES) — It will be a day long remembered for San Diego nurse and Star Wars fan Chloé Ducos, who was hailed by Jimmy Kimmel — and Luke Skywalker himself, Mark Hamill — on Thursday night’s show.

The late-night host announced Ducos as his latest #HealthCareHero, working on the front lines of the battle against COVID-19, administering tests for the disease.

When getting to know Kimmel via video, Ducos admitted she’s a massive Star Wars fan who’s seen the movies more than ten times each.

As she discussed her fandom, the Star Wars theme began to play, and Kimmel was replaced by a cloaked figure, who pulled his hood down to reveal Hamill. “Oh my God! Hi!” a shocked Ducos responded to Hamill, her eyes welling with tears of joy.

“Chloé…” Hamill replied, “The Force is strong with you.”

The actor thanked her for her service, and added, “I applaud you for having seen the Star Wars movies more than I have.”

“I’ve been reading about all you’ve done, six years as a nurse, teaching at night, you’re in the tents,” Hamill said. “I mean, that’s so great, I mean to me, I’m a pretend hero, you’re the real life hero.”

Kimmel also told the healthcare worker that she’ll be getting $10,000 from PayPal’s PayPalItForward program, which will also provide vouchers to her co-workers.

For his part, Hamill also announced he’d autograph a lightsaber and send it to Ducos, advising her to use it wisely and not to take it with her to any protests.

“Star Wars fans are more than just fans, they’re family,” Hamill said, before leaving Ducos with, “May the Force be with you.”

New details about sailor charged with setting blaze on USS Bonhomme Richard
Meghan Markle launches female-empowering initiative to highlight her 40th birthday, with Melissa McCarthy’s help
Key moments from Day 12 of the Olympic Games
Jennifer Aniston reveals she cut ties with “a few people” who refused to get vaccinated
‘Barbershop,’ ‘Rick and Morty’ star Keith David, ‘The Craft”s Rachel True ring up thriller ‘The Last Call’
Help or ‘get out of the way,’ Biden says to governors on combatting pandemic