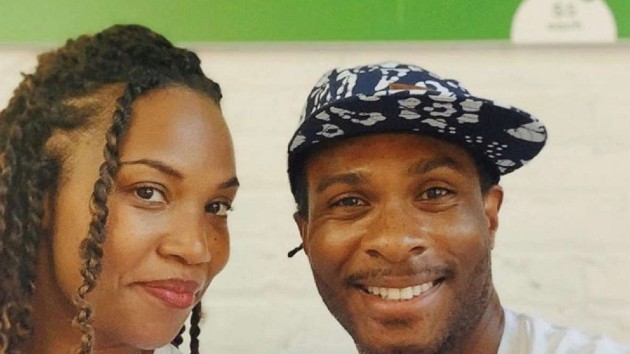 By KELLY MCCARTHY, ABC News(NEW YORK) — Traditional Haitian and Jamaican patties were selling like hotcakes in New York even amid the coronavirus pandemic, but the owners reported a major dip in sales when a new crisis slammed our country. The death of George Floyd in Minneapolis sparked nationwide unrest with protests and calls for justice, which prompted those same business owners to voice their support for their black community, even if it means putting food deliveries on a back burner.Chef Sam Branch and his wife Lisa Lloyd-Branch have been an integral part of serving traditional Jamaican fare in New York since 2013, with a brick and mortar pop-up in Williamsburg that recently shifted to a delivery-only model due to the COVID-19 pandemic.”I think this is a time when community support is really at a high,” Lloyd-Branch told ABC News of their support of other local, family-run and black-owned businesses that have been hit by the pandemic and protests. “I would just encourage other business owners to keep fighting and to reach out to their local community for support, because this is something where there’s a lot of solidarity — and encourage everyone to keep being compassionate.””There’s so many restaurants that have dealt with the hardship and those that started to reopen are now more affected,” chef Branch said, explaining that with the new curfew this week that third-party delivery apps like DoorDash have stopped service after 8 p.m. in New York. “That hit me: Businesses are trying to survive through this and now that’s taken away from them. We’re gonna have to be patient and remember why we’re fighting.”But Branch said they have already seen a silver lining.

“Staying locally in the community is going to be really important,” he said. “I think we’re gonna see a lot more support of black-owned businesses.”The business owners and parents of three young African American daughters told ABC News that they would gladly put the immediate success of their business on hold in the fight for racial justice and end to police brutality.”When the pandemic happened we closed shop — we weren’t quite sure what we were going to do because all New York City restaurants had shut down,” Branch explained. “Even though we’re not a traditional restaurant, people were kind of disappointed because they weren’t able to get our stuff anymore.”Branch Patty pivoted to operate out of their commercial kitchen in Industry City in order to “offer deliveries, continue to feed people and keep a presence throughout New York City,” he said.

“It did better for us than the pop up actually,” his wife added.”This past weekend, things started changing,” chef Branch said. “Things got a little rough, and I noticed how orders weren’t coming in at all. I started to get a little worried.””It wasn’t concerning as much as it would’ve been at any other time,” Lloyd-Branch said thinking back to operations before the pandemic. “Because of everything transpiring so quickly and things turning negative in some aspects, it wasn’t our major concern. I think people not being focused on being consumers, I think was a rightful distraction. A worthy distraction. It’s no problem for us to make that sacrifice, because for us this directly affects our community.””And our family,” the father of three added.”It was important for us to stand in solidarity for those who are protesting for justice because this is also a fight that we would gladly take on,” she continued.The pair told ABC News they were unsure if any damage had been sustained by the protests to the pop-up at Artists and Fleas where they set up shop.”We’re determined to keep going. We want the fight to continue in a constructive, positive way,” she said of their amplified cry for peaceful protesting and social change. “We don’t want to see the violence and the looting, but we hope that the conversation continues and that it’s fruitful and that at the end of this we have reaped some benefits for all of the stuff that people are going through.””We’re going to continue selling to those who want our product, but I think right now the focus is on trying to help our community however we can,” she explained of Branch Patty’s next steps.In the wake of all that has transpired following George Floyd’s death in Minneapolis police custody, and now the larger Black Lives Matter movement, chef Branch said “awareness is going to continue — especially in our diverse communities, because people want to learn more.””We’re sticking together right now, and I believe that we’re going to get out of this,” he added.Copyright © 2020, ABC Audio. All rights reserved.

New legislation would require women, like men, to sign up for potential draft
‘Modern Family”s Ariel Winter hopes for “freedom” for Britney, “consequences” for people “who have kept her away”
Patina Miller and Omar Epps explain why ‘Power Book III: Kanan’ was the perfect series for them to join
Chrissy Teigen thanks fans for sending the “most amazing” condolences after loss of baby Jack
Pediatricians’ advice for parents confused about kids and face masks amid COVID-19 surge
CDC advisory committee voices support for immunocompromised people getting boosters