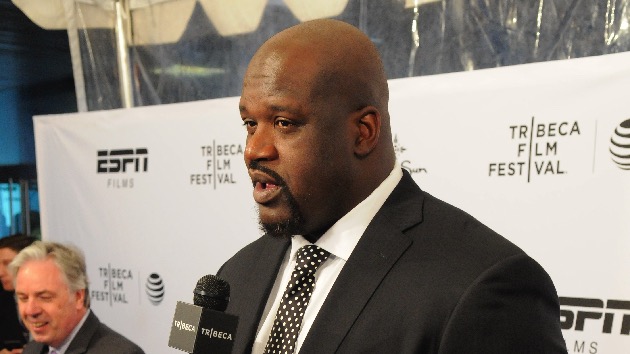 By HAYLEY FITZPATRICK, ABC News(NEW YORK) — Shaquille O’Neal is sharing his thoughts on the protests and police brutality in the United States in the wake of George Floyd’s death.During an appearance on Jimmy Kimmel Live! on Wednesday, the Hall of Famer said he was “disgusted” when he saw the video of Floyd’s death.”I think you have your knee on the man’s neck for more than five minutes — it just didn’t make any sense,” he said. “Police officers … you know better, you have to know better in certain situations.”O’Neal comes from a family of police officers and was even sworn in as a auxiliary deputy with the Broward County Sheriff’s Office in Florida last year.He said, however, he has to talk to his sons, Shareef, 20, and Shaqir, 17, about how to interact with the police “all the time.””I told them, ‘First of all, you have to try to diffuse the situation by showing respect because you have to understand that these people are also out here to do all their jobs. So you try to diffuse the situation. And if it happens to get rough, don’t say anything, don’t do anything, just comply,"” he explained.He went on, “And then when all is said and done, you call me, and if stuff gets out of hand, then I will handle it. I will be the one to come around and act crazy. I don’t want you to act crazy while you’re out there by yourself. So I just try to tell them, just comply, just listen, but a lot of times that doesn’t work either.”He said that he also tells them to “just show respect.”

Former Minneapolis officer Derek Chauvin, who was seen kneeling on Floyd’s neck for almost nine minutes as Floyd repeatedly declared that he couldn’t breathe, was charged with third-degree murder and second-degree manslaughter on May 29. He received an additional charge of second-degree murder on Wednesday.The three other officers involved in Floyd’s arrest, Thomas Lane, J.A. Kueng and Tou Thao, were each charged Wednesday with second-degree aiding and abetting felony murder and second-degree aiding and abetting manslaughter, according to court documents.”There’s an old saying that what’s right is right, what’s wrong is wrong. What happened to George Floyd was all the way wrong, absolutely wrong, uncalled for,” O’Neal said. “I’ve never seen that technique taught. A lot of police officers I’ve talked to would never do that. Everybody’s upset, everybody’s tired. We demand justice.”The basketball legend also weighed in on the protests across the nation.”I’m 48 years old and I’ve seen, you know, outbreaks and riots before,” he said. “This is the first time I think the country is doing it all at the same time. I’ve never seen it in more than one city.”He continued, “They want equality. They want justice. And I understand. I’m all for peaceful protesting. I don’t like the opportunists that are riding around the neighborhoods leaving bricks trying to cause riots. I don’t like people breaking into stores. I don’t condone all that, but I am for peaceful protesting and I am for justice.” Copyright © 2020, ABC Audio. All rights reserved.