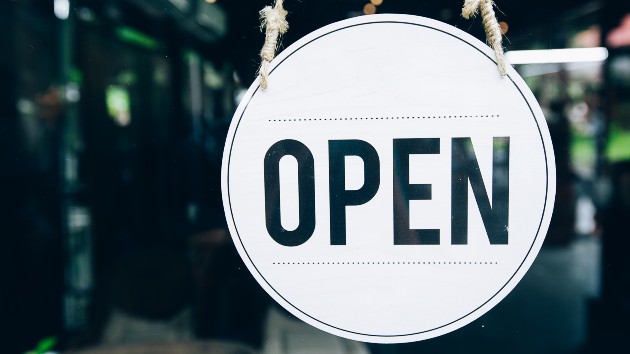 By VICTOR ORDONEZ and LAYNE WINN, ABC News(NEW YORK) — For the first time since the start of the coronavirus pandemic, last week’s unemployment data indicated that people were returning to work. However, the trend did not continue according to this week’s report — leaving economists wary to say the U.S. job market has begun to recover. Each weekly unemployment report continues to deliver a staggering number of initial claims — with an additional 1.87 million claims reported Thursday. There is, however, another important figure to examine in these reports: the number of continued jobless claims. “Initial jobless claims are going to give you the flow of new people who are filing for claims,” said Michelle Meyer, head of U.S. economics at Bank of America. “But continuing jobless claims give you the total number of people who are still on unemployment benefits.” A drop in continued claims means more people are rolling off unemployment benefits, presumably because they’ve returned to work.

“And that’s an important turning point for the labor market,” said Meyer.That turning point may have come last week, when the number of continuing claims fell for the first time since the pandemic started. The number of continued claims peaked mid-May at just over 25 million and has fallen to approximately 21 million — meaning that presumably around four million people have returned to work. Meyer warned that this isn’t yet enough to conclusively say people will continue to roll off unemployment. Her caution rang true this week as the number of continued claims broke any hope of a trend and rose by over 600,000, holding steady at approximately 21 million. “The middle of May might have marked the turning point — but before we declare victory, it would be encouraging to see another week of further turnover,” added Meyer.

The drop in continued claims is likely attributed to reopening efforts in various states, according to Meyer. “If you look specifically at last week, it was driven by a very big drop in California, New York, which are two of the largest states,” said Meyer.In addition to Meyer’s cautious optimism, the speed in which continuing claims drop — indicating how quickly people are returning to work — remains to be seen. Andrew Stettner, senior fellow at The Century Foundation, also noted California’s drop in continued claims last week, but questions when the nation as a whole will see the same result.

“The real question is, what is the pace of that drop off?” he said.Both Stettner and Meyer worry that the economy won’t allow for the return of certain jobs for quite some time.”There’s lots of parts of our economy that depend on discretionary spending,” added Stettner, noting that the job market would recover at different speeds across the country. “People are not traveling; they’re not traveling to Orlando, and Las Vegas is open, but who’s going to go?” Approximately 42% of recent layoffs could result in permanent job loss, according to researchers at the Becker Friedman Institute at Chicago University. “The reason that that research paper finds such a high degree of jobs not coming back is because of where the jobs were cut: so many of the jobs were in leisure and hospitality,” said Meyer.Nevada, home to a leading city in leisure and hospitality, has the highest unemployment rate in the country. Las Vegas sits at a 33.5% unemployment rate, compared to 4% this time last year. “You have to consider how to retrain those workers to find jobs elsewhere, whether that’s in distribution, warehousing or whatever it might be,” Meyer said of hospitality workers. “It’s going to require time and some work.”Currently, the light at the end of the tunnel is still dim, according to Meyer. Although the number of both initial and continuing claims should drop quite a bit by the end of June, Meyer says the numbers will resemble that of a “normal recession.” “We’re going to get out of the pandemic recession and transition to a more ordinary recession in terms of the levels of economic activity,” said Meyer. “By the end of the month, we should be seeing a more reasonable level of claims, but it’s not going to be anywhere near expansion level.” Stettner, echoing Meyer, thinks there will be job gains compared to the previous three months, but without the security of a vaccine, effective treatment or improvements in testing it’s going to be difficult to get the workforce back to where it was pre-pandemic.”I think you’ll start to see job gains in June,” Stettner said. “I don’t think the [speed of recovery] is what people hope until you have that assurance.” During an ordinary recessionary period, it would be typical for approximately 500,000 Americans to apply for unemployment in the span of a week — a likely scenario in July, according to Meyer. The numbers are still grim, but improving. “Initial jobless claims are still hovering around two million a week — so, yes, there’s been improvement,” noted Meyer. “At the worst of it we were at 6.5 million claims per week, but still… it’s hard to applaud 2 million initial jobless claims a week.”Copyright © 2020, ABC Audio. All rights reserved.