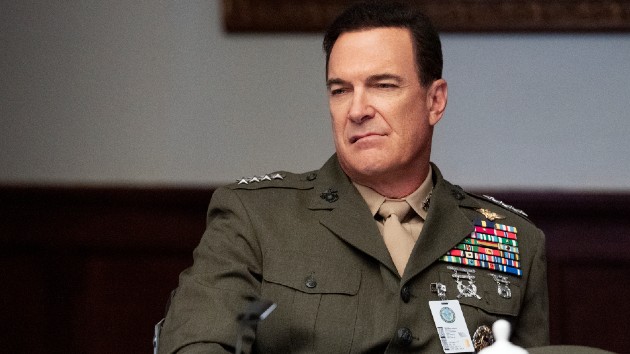 (LOS ANGELES) — In the role of Elaine’s sleepy-eyed, face-painting, on-again-off-again boyfriend David Puddy, Patrick Warburton only appeared in nine regular season episodes of Seinfeld — but his character left an impression strong enough that even die-hard fans swear he was in more.

Now the star, who is also a regular voice on Seth MacFarland’s Family Guy, can be seen in Space Force, Steve Carell’s new Netflix workplace comedy.

“That was a lot of fun to just to get invited to the party there. I play the head of the Marines, Warburton tells ABC Audio. “That was a great opportunity…to get to work with Steve, who’s an awesome dude and [I’ve] always been a big fan of his.”

Space Force is about the team tasked with establishing the United States Space Force, and Warburton says he’s surprised that critics “were a little rough on” the comedy.

“This is a whole different animal…because even though it’s Steve Carell with the creators of The Office, it’s not The Office,” he points out. “It’s a different type of show, I think, with elements of that type of humor…I find it enjoyable to watch.”

As for his Seinfeld alter-ego, Warburton says he’s found himself thinking of Puddy while in lockdown.

“Sometimes you just find him sitting on the couch, staring out from the distance. When he’s flying on the plane with Elaine, just staring at the back seat, didn’t need a magazine,” he recalls.

“And I thought, ‘You know what? That’s the personality you really need during a pandemic because, after a while, you just can’t watch any more shows or play online backgammon.”

“He seems to be just fine in the empty space in his head,” Warburton jokes. “He’s not stupid, just meditative. He’s a deep, deep guy.”