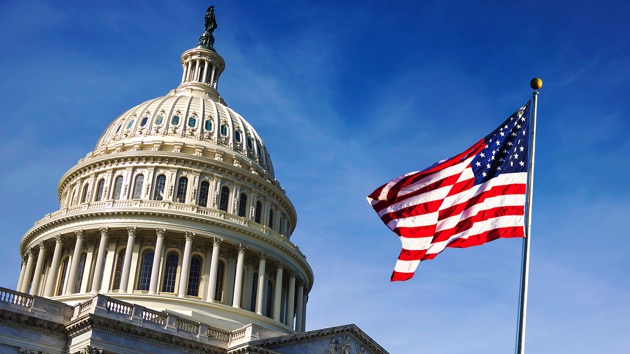 By BENJAMIN SIEGEL, ABC News(WASHINGTON) — House Democrats introduced a sweeping policing reform measure on Thursday named for George Floyd, in an effort to take action after his death and the resulting worldwide protests over racism and police brutality.The George Floyd Law Enforcement Trust and Integrity Act, from Rep. Sheila Jackson Lee, D-Texas, and co-sponsored by Reps. Ilhan Omar, D-Minn., Jason Crow, D-Colo., and House Judiciary Committee Chairman Jerry Nadler, D-N.Y., calls for new national policing standards and accreditations.It would require every state, local and federal law enforcement agency to provide data to the Department of Justice on the use of deadly force by and against police officers, along with data on traffic and pedestrian stops.It would also make funding grants available to police agencies studying and creating new recruitment, hiring and oversight programs, and require the Justice Department to establish a task force to coordinate efforts to investigate and prosecute cases of law enforcement misconduct.“It is a bill for this moment in history,” Jackson Lee told ABC News as she traveled to Floyd’s funeral in Minneapolis.The Texas Democrat, who has introduced the measure in previous sessions of Congress, said the proposal “tries to alter the culture” of policing in America.“Officers … want to go home to their families, we acknowledge that,” Jackson Lee said. “But we acknowledge that it’s important that those they confront go home as well. And we have not been seeing that as it relates to African-American men.”The proposal is one of several new measures Democrats could work to advance following the killing of George Floyd and resulting protests over racism and police brutality across the country.On Wednesday, Omar, from Minnesota, introduced four bills, including a proposal to establish a federal agency to investigate deaths in police custody and from officer involved shootings across the country, and another to criminalize violence against protestors by police – who, in many instances, are shielded by a legal doctrine known as qualified immunity.Earlier this week, former vice president and Democratic presidential nominee Joe Biden endorsed a bill from Rep. Hakeem Jeffries, D-N.Y., to outlaw police chokeholds.And House Speaker Nancy Pelosi, D-Calif., said on Thursday that House and Senate Democrats would introduce a comprehensive policing bill in the coming days.While Democratic leaders have vowed to pass new legislation after Floyd’s death, it’s not clear what measures the GOP-held Senate will consider – or if President Donald Trump would sign any of them into law.“It’s not lost on me that there are over 70 cosponsors of this bill, and none of them are Republicans. That’s a problem,” said Crow, who marched with protesters in Denver on Wednesday. “So I tell all my Republican colleagues, today will be a good day to do the right thing. Tomorrow will be a good day to do the right thing, You can join this.” Copyright © 2020, ABC Audio. All rights reserved.

Trump return to White House ‘would be a disaster’ for US intelligence: Former DHS whistleblower
Pelosi may delay vote on Senate bipartisan infrastructure bill
The push for electric vehicles may be killing sedans for good: Experts
Iowa Republican Sen. Chuck Grassley, 88, running for reelection
Harris interview with ‘The View’ delayed after co-hosts test positive for COVID-19
‘The View’ hosts leave mid-show due to testing positive for COVID-19, miss Vice President Harris interview