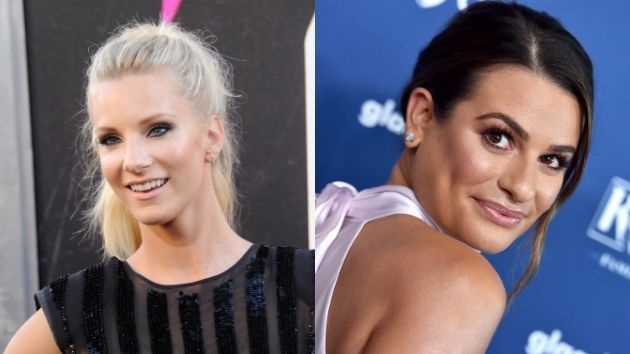 (LOS ANGELES) — Following Samantha Marie Ware’s accusation the Lea Michele made her life on the set of Glee a “living hell, another one of of her co-stars on the show, Heather Morris, has also described working with Michele as “unpleasant.”

“Let me be very clear, Hate is a disease in America that we are trying to cure, so I would never wish for that hate to be spread to anyone else,” Morris wrote in a Twitter post on Wednesday.

“Was she unpleasant to work with?” Heather continued.  “Very much so; for Lea to treat others with the disrespect that she did for as long as she did, I believe she SHOULD be called out.”

“And yet, it’s also on us because to allow it to go on for so long without speaking out is something else we’re learning along with the rest of society,” she continued.

Added Morris, “But, at the current moment its implied that she is a racist and although I cannot comment on her beliefs, I think we’re assuming, and you know what happens when we all assume…”

In a since-deleted tweet, captured by the New York Post, she wrote, “I’m all for calling out bad behavior…That said, on GLEE there were LOTS of bad actors. Who were NOT women. People in the industry know who I’m talking about. Why aren’t we calling them out?”

Added Noxon, “It seems to me that women are the first to go under the bus. But a lot of males get away with being the bullies-in-chief. How come we let them get away with it? Maybe it’s because as long as they earn someone money, they get a pass.”

Florida Tech student fatally shot in armed confrontation with officers, police say
With so many unknowns about omicron, when will we have answers?
Saddle up with the action-packed new trailer to ‘Yellowstone’ prequel series ‘1883’
Blizzard warning issued for Hawaii with at least 12 inches of snow forecast
Trailer shows Amazon Prime got a big star, literally, for its Jack ‘Reacher’ series
Newcomer Celina Smith shines as star of NBC’s ‘Annie Live!’