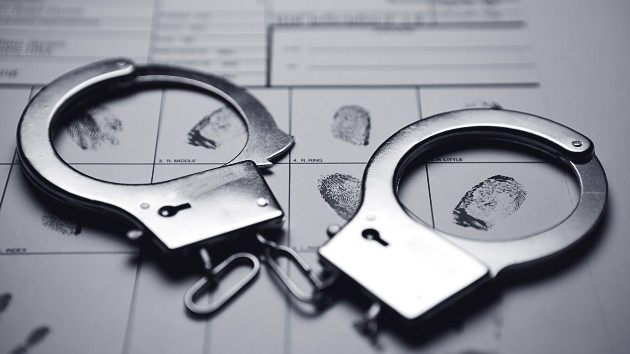 By JACK DATE, ABC News(NEW YORK) — Three self-identified “boogaloo” adherents were arrested after plotting violence at a Black Lives Matter demonstration.Andrew Lynam is a member of the United States Army Reserve, and his associates Stephen Parshall and William Loomis served in the Navy and the Air Force, respectively.According to the FBI, all three were preparing for a coming civil war, and self-identified as members of the “boogaloo” movement.The men met by chance while attending ReOpen Nevada rallies in April and May, protesting against measures taken to prevent the spread of COVID-19.But as the country was gripped over the past week by protests in dozens of U.S. cities, including Las Vegas — following the death of George Floyd at the hands of Minneapolis police — the three radicals saw an opportunity to foment chaos.Prosecutors say the men were part of an effort to “hijack” the outrage over the death of Floyd, for their own extremist agenda.Adherents of the “boogaloo” movement believe in a coming armed conflict that could lead to the fall of civilization.According to a federal criminal complaint, Lynam and Parshall were initially planning to create a disruption at a May 19 ReOpen Nevada rally, using fireworks and smoke bombs that would cause “some type of confrontation between the police and the protesters.” The FBI says the men were using tactics from the Irish Republican Army Green Book.A heavy law enforcement presence at the rally caused the two to reconsider, but that is where they met Loomis, who shares their beliefs and wanted to join them to “take action against the U.S. government.”What the men didn’t know was that a confidential human source working for the FBI was also in their midst.Having passed on opportunities to disrupt ReOpen Nevada rallies, Parshall and Loomis discussed “causing an incident to incite chaos and possibly a riot,” in relation to the death of Floyd by firebombing a power substation, according to court papers.On May 29, the three men joined the protest in Las Vegas. Parshall was angered that the event did not turn violent, according to the federal complaint.The men agreed to meet the next day for a Black Lives Matter demonstration.Before the meeting, the FBI observed Parshall buying gasoline in a gas can.The men arrived at their appointed place and so did the confidential source who brought with him an FBI undercover agent. Just as the men were preparing their Molotov cocktails for a possible attack, the FBI SWAT Team moved in and arrested them.The FBI seized guns, including an AR-15, ammunition, fireworks, accelerants, rags, glass bottles and four glass jars filled with gasoline.The men were arrested and initially booked on state terrorism and explosives charges.Now, they are facing federal charges of conspiracy to damage and destroy by fire and explosive and possession of unregistered firearms.The men remain in custody in Clark County, Nevada.Copyright © 2020, ABC Audio. All rights reserved.