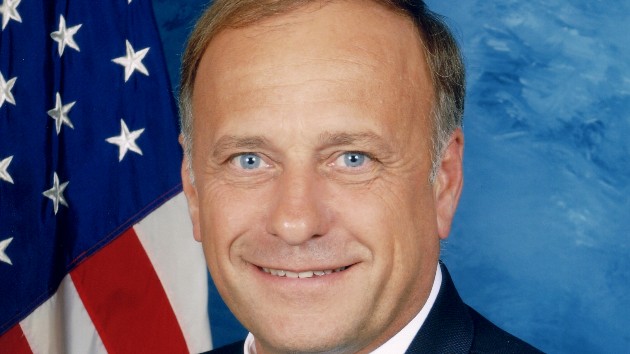 Goodbye, Rep. Steve King. You are certainly not the only white supremacist in federal government, but you were among the most prominent.It’s a shame Republicans held you up as long as they did.SEE YA 👋🏽 https://t.co/tymvh0hwLR

The nine-term congressman lost to Feenstra, a deep-pocketed opponent supported by national GOP groups, by nearly 10 percentage points in the five-way primary.King was effectively shunned by party leaders in 2019, when Republican leaders took away his committee assignments after he wondered to the New York Times why the terms “white nationalist” and “white supremacist” were considered offensive. Feenstra and King’s GOP critics argued that he had become ineffective in Washington, and wasn’t standing up for Iowans during the coronavirus pandemic and economic fallout.The congressman conceded the race Tuesday night after talking to Feenstra, and said in a Facebook video that he told his opponent that “there’s some powerful elements in the swamp that he’s going to have a hard time pushing against.”“I don’t know if he or anybody has any idea how powerful they actually are,” King said, noting the spending against his candidacy by Super PAC groups.Republican leaders worried that King’s victory in the primary — or at a nominating convention if no candidate received more than 35% of the vote — could cost the party the ruby-red congressional seat, and hurt President Donald Trump and Sen. Joni Ernst’s numbers in the region.King was nearly defeated in 2018 by Democrat JD Scholten, a former minor league baseball player who is running for the seat again in 2020.Trump congratulated Feenstra on Wednesday for his primary win, after initially staying silent on the race.

Congratulations to Randy Feenstra on your big win in the Iowa Republican Primary. You will be a great Congressman!

The president, who said he had “great respect” for King at his 2015 summit for presidential candidates, kept his distance from the primary, and the backlash to King’s 2019 comments. Copyright © 2020, ABC Audio. All rights reserved.