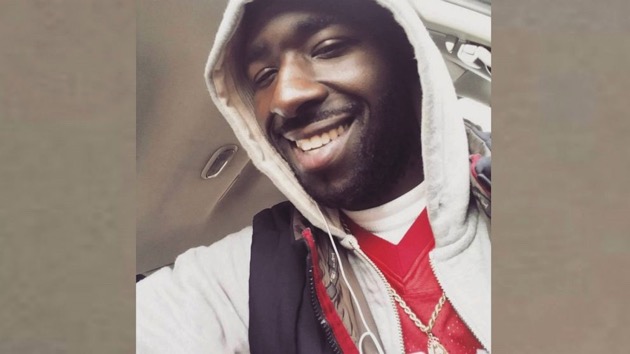 Steve Taylor, 33, was shot and killed by a San Leandro police officer on April 18 during a mental health crisis, the family's attorney said. - (Courtesy The Taylor Family)
Posted on June 4, 2020 by ABC News

By CHRISTINA CARREGA, ABC News(SAN LEANDRO, Calif.) — A California city council unanimously voted this week to ask the state’s attorney general to step in and investigate the police-involved shooting death of Steven Taylor.Taylor, 33, was seen on video being repeatedly hit with stun guns by two San Leandro police officers and fatally shot by one inside a Walmart on April 18.The incident was captured on cellphone videos and the unidentified officers’ body cameras. About 30 seconds after the first officer reported to the store, Taylor was shot dead as several frantic shoppers were nearby.S. Lee Merritt, who represents Taylor’s family, previously told ABC News that Taylor was experiencing a “mental health crisis” while wielding a bat inside the store when a store’s worker called 911. Taylor’s grandmother said he was diagnosed with attention deficit hyperactivity disorder, since he was a preteen.The officers involved were placed on administrative leave — standard protocol in any officer-involved shooting, police saidThe San Leandro Police Department and Alameda County District Attorney are conducting separate investigations, but city council member Corina Lopez has been advocating for an independent investigation for a month.”I think it is important that there is transparency and that people feel confident that the process of the investigation has integrity. My aim is to have public trust and I believe an independent investigation can accomplish this,” Lopez, who represents Alameada, Oakland and San Leandro, told ABC News on Wednesday evening.The San Leandro City Council had a closed door session on Monday where Lopez’s motion — to send a letter to the state’s Attorney General Xavier Becerra requesting them to do an independent investigation into the police department’s use of deadly force against Taylor — was put on the table.Council member Victor Aguilar Jr. said he “quickly” seconded the motion and the rest of the council agreed to send the letter.”I want the public to know that we hear them, and that for some, having the district attorney investigate is not a direction they want this to go,” said Aguilar in a statement to ABC News on Thursday.”I am very happy that this vote was unanimous and there is a lot of leadership in this city behind this,” said Lopez.It’s unclear if the letter was written or sent to Becerra’s office as of Wednesday. However, if Becerra agrees to take on the case, the investigation will happen parallel to the other law enforcement agencies’ probes.”Our investigation is ongoing in this matter,” said Alameda County Assistant District Attorney Teresa Drenick in an email to ABC News on Wednesday.A spokesman with the San Leandro Police Department confirmed to ABC News on Wednesday that their investigation is still ongoing, but they have already started taking steps to change with “refresher courses on mental health training.”Lopez says she hopes that if all the investigations return with the same conclusions it will show the Taylor family and the community-at-large that their local representatives are being responsive and are honoring them.”This was a tragedy for the community … very difficult and painful,” said Lopez.Copyright © 2020, ABC Audio. All rights reserved.

A family promise led her to Mount Cristo Rey, the site of a pilgrimage for those seeking a miracle
SpaceX’s 1st all-civilian crew returns to Earth after successful mission
SpaceX’s 1st all-civilian crew set to splashdown Saturday night
Latinos in sports are drawing on their heritage to inspire others
Hostess assaulted at NYC restaurant after asking Texas patrons for proof of COVID-19 vaccination
Drake Bell posts to Instagram following guilty plea on child endangerment charges