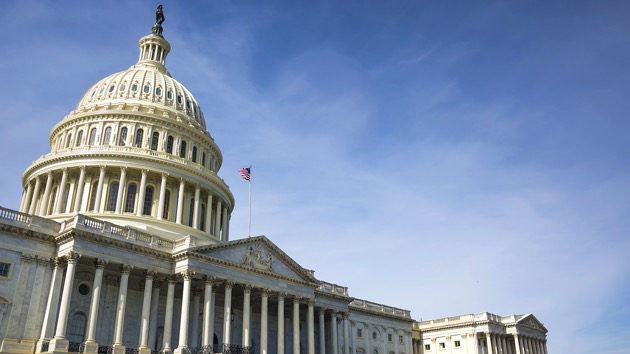 By ALEXANDER MALLIN, ABC News(WASHINGTON) — Former Deputy Attorney General Rod Rosenstein, whose appointment of Robert Mueller established the special counsel investigation into Russian interference in the 2016 election, faced a grilling from Senate Republicans Wednesday over new revelations regarding the probe’s origins that have drawn significant political scrutiny in recent months.”I do not consider the investigation to be corrupt,” Rosenstein said in the hearing. “But I certainly understand the President’s frustration given the outcome which was in face there was no evidence of conspiracy between Trump campaign advisors and Russians.”Senate Judiciary Chairman Lindsey Graham, R-S.C., has said Rosenstein’s hearing would be just the first in a series of public inquiries of officials who had direct involvement in investigating whether members of the Trump campaign may have colluded with Russians who meddled in the 2016 election. Democrats have argued Graham’s efforts are part of a fishing expedition by Republicans to obscure Russia’s role in 2016 and support unfounded claims by President Donald Trump that he was personally spied on and was a victim of a ‘coup attempt’ by Obama Administration holdovers.Graham pressed Rosenstein over his role in signing off on an application for continuing surveillance on former Trump campaign adviser Carter Page.A review by Department of Justice Inspector General Michael Horowitz of how those applications were handled found significant errors and material omissions by FBI agents involved in the process, even as Horowitz said he believed the Russia investigation as a whole was not improper.In January, the Justice Department said that two of the four so-called ‘FISA applications’ for surveillance of Page, including the final renewal application signed by Rosenstein, lacked enough information to establish probable cause and thus were invalid.”Every application that I approved appeared to be justified based on the facts it alleged, and the FBI was supposed to be following protocols to ensure that every fact was verified,” Rosenstein said. “Whenever agents or prosecutors make serious mistakes or engage in misconduct, the Department of Justice must take remedial action. And if existing policies fall short, those policies need to be changed.””If you knew then what you know now, would you have signed that warrant?” Graham asked Rosenstein during the hearing.”No,” Rosenstein said in response.Much of the hearing was spent relitigating some of the more tumultuous days early in the Trump Administration, including how Rosenstein and other officials reacted to events like the firing of former FBI Director James Comey and the subsequent leak of his memos to The New York Times describing his interactions with President Trump.Rosenstein told the committee he believed that former FBI Deputy Director Andrew McCabe at the time faulted in not informing him of the existence of the memos sooner.”Lying is when you ask someone a direct question and get a false answer. Candor is when you’re forthcoming with information someone needs to know,” Rosenstein said. “I believe McCabe should have recognized that when I became acting AG, I needed to know about Comey’s memos and he didn’t tell me until a couple of hours before they showed up in The New York Times.”McCabe shot back in a statement calling Rosenstein’s claims “completely false.””I personally briefed Mr. Rosenstein on Jim Comey’s memos describing his interactions with the President mere days after Mr. Rosenstein wrote the memo firing Jim Comey,” McCabe said. “Mr. Rosenstein’s testimony is completely at odds with the factual record. It looks to be yet another sad attempt by the President and his men to rewrite the history of their actions in 2017. They have found in Mr. Rosenstein – then and now – a willing accessory in that effort.”Rosenstein resigned from the department in April 2019 having assisted Attorney General William Barr in the release of the special counsel’s report, after both concluded there was “not sufficient evidence” to pursue obstruction of justice charges against President Trump.Democrats in the hearing sought to defend Mueller’s conclusions and in a testy exchange, Sen. Dick Durbin attacked Republicans for holding a hearing on the Mueller investigation in the midst of a global pandemic and social crisis.“This is the priority of the Senate Judiciary Committee today,” Durbin, D-Ill., said. “We’re taking it up because it has become a bloody shirt on the right.”Graham shot back, saying information revealed in recent months paints a “sad episode in the history of the FBI.””There was no ‘there’ there in August of 2017,” Graham said, in reference to suspicions of collusion between the Trump campaign and Russians. “And it may not bother you but it bothers us and I hope it will bother the American people and we’ll fix it.” Copyright © 2020, ABC Audio. All rights reserved.