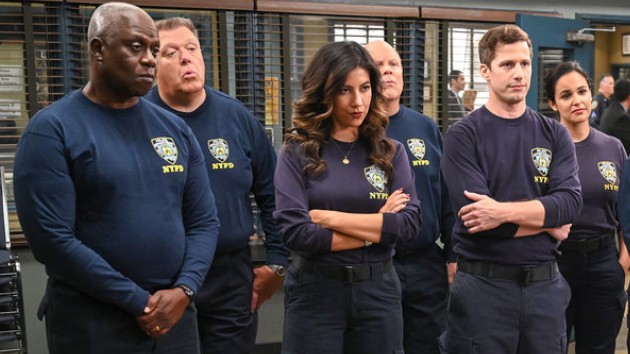 (LOS ANGELES) — The cast and crew of Brooklyn Nine-Nine, including series co-creator Dan Goor and star Stephanie Beatriz, have made a donation of $100,000 to the National Bail Fund Network in response to the death of George Floyd, which has sparked national protests.

Beatriz, who plays Rosa Diaz on the NBC comedy, tweeted a receipt for her contribution of $11,000 to the fund, along with a message for other actors who play cops on TV to donate as well.

“If you currently play a cop? If you make tens or hundreds of thousands of dollars a year in residuals from playing a cop? I’ll let you do the math,” she wrote.

Additionally, Goor announced on Twitter that he and the cast donated $100,000 to the fund, which is run by the Community Justice Exchange and is made up of over sixty community bail and bond funds across the country.

“The cast and showrunner of Brooklyn 99 condemn the murder of George Floyd and support the many people who are protesting police brutality nationally,” Goor wrote.  “Together we have made a $100,000 donation to the National Bail Fund Network. We encourage you to look up your local bail fund: the National Bail Fund Network is an organization that can lead you to them. #blacklivesmatter.”