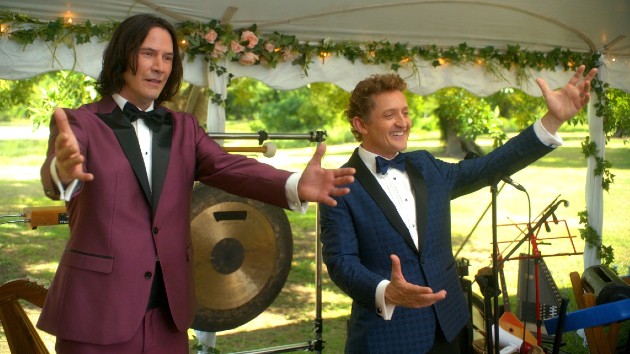 “We know it’s a tough time right now and you’re having have to do this virtual graduation,” Winter said, to which Reeves, on a split-screen, grunted in agreement.

Winter said, “We want to wish you the best of luck moving forward.”

Winter closed with, “Most importantly we wanted to tell you to be excellent to each other.

“And party on,” Reeves added.

The long-awaited third film in the Bill & Ted franchise, titled Bill & Ted Face the Music, is set for an August 21 release.