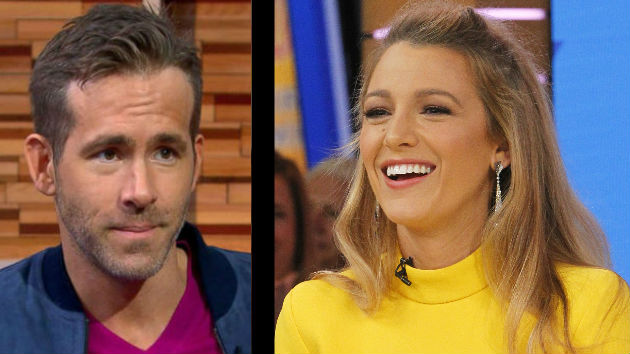 (LOS ANGELES) — Ryan Reynolds and Blake Lively have spoken out about how the Black Lives Matter movement opened their eyes about their white privilege.  Specifically, how their worries regarding their children’s safety pale in comparison to that of black and minority parents.

In an open letter to fans on Sunday, the parents of three confessed that they’re “ashamed” to have only noticed their privilege recently.

“We’ve never had to worry about preparing our kids for different rules of law or what might happen if we’re pulled over in the car,” Reynolds and Lively penned. “We don’t know what it’s like to experience that life day in and day out.  We can’t imagine feeling that kind of fear and anger.”

The Deadpool actor furthered that he and his wife are “ashamed that in the past we’ve allowed ourselves to be uninformed about how deeply rooted systematic racism is.”

The couple vowed that they will raise their three children to “never grow up feeding this insane pattern” so that they “never inflict pain on another being consciously or unconsciously.”  He added that is the bare minimum they can do as parents to end the cycle of hate.

The two also declared themselves allies of the NAACP Legal Defense Fund, to which they contributed $200,000.  However, Lively and Reynolds admitted that the gesture is “just a start”

“We also pledge to stay educated and vote in every local election,” They vowed, saying that they will be sure to learn about all those running for political office, even school board nominees.

“We want to use our privilege and platform to be an ally,” the two conclude in their joint-announcements, saying their goal is to “play a part in easing the pain for so many who feel as though this grand experiment is failing them.”

7 charged in trafficking ring that sent thousands of flying squirrels from Florida to Asia, officials say
Snow and fire from California to Wisconsin, Tropical Storm Epsilon stays out at sea
Charlize Theron and Gabrielle Union honor Regina King for “changing the world” with her “once-in-a-lifetime talent”
Rumer Willis reveals she lost her virginity to a man that “took advantage” of her
Report: Dominic West in talks to play Prince Charles on final seasons of ‘The Crown’
Melissa Benoist is absolutely in love with being a mom