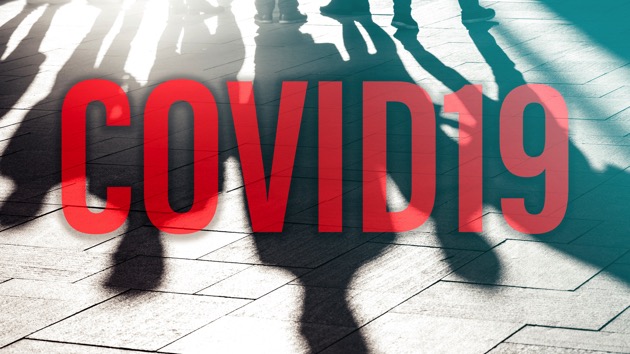 By ERIN SCHUMAKER, ABC News(NEW YORK) — As thousands of demonstrators continue to protest the killing of George Floyd, health experts are worried that a second wave of COVID-19 infections could be sparked by the mass gatherings.”What we have here is a very unfortunate experiment going on with COVID virus transmission,” said Michael Osterholm, director of the Center for Infectious Disease Research and Policy at the University of Minnesota.While there’s lower risk for the virus to be spread outdoors, especially in a moving crowd, many of the weekend’s protests culminated in police officers shooting tear gas and using pepper spray and protesters lighting fire to cars and buildings. Smoke, tear gas and pepper spray cause coughing, Osterholm explained, and coughing aerosolizes the virus, increasing the risk that it will spread.”If people say, ‘well, these are healthy folks,’ we know that at least a third of COVID patients are asymptomatic according to the CDC,” added Dr. William Schaffner, medical director of the National Foundation for Infectious Diseases.Not only are jails crowded indoor spaces, but protesters sat in vehicles at close range for an extended period of time, which increases the risk for onward transmission of the virus, Osterholm explained.A 1918 a military parade sparked the second wave of flu infectionsIf history is any indication of how this might play out, we need look no further than the 1918 flu pandemic. In September of that year, after the first wave of spring flu infections subsided, Philadelphia decided to proceed with a military parade, which drew a crowd of 200,000. Within a day, every hospital bed in the city was filled and within six weeks more than 12,000 Philadelphians were dead, according to The Washington Post.On Monday, mayors and governors urged demonstrators to stay home, and if they do go out, to wear a face mask and maintain social distancing.”We don’t want people out there where they might catch this disease or spread this disease,” New York Mayor Bill de Blasio said at a Monday press conference.”There’s no question there’s a danger [that] this could intensify the spread of the coronavirus just at a point when we were starting to beat it back profoundly,” he said.How mayors and public health departments are respondingAlthough government officials have warned demonstrators about the health risks posed by protesting during a pandemic, only a few have offered actionable guidance about the role COVID-19 testing can play in preventing the virus from spreading.”If you were out protesting last night, you probably need to go get a COVID test this week,” Atlanta Mayor Keisha Lance Bottoms said during a Sunday new briefing, “because there’s still a pandemic in America that’s killing black and brown people at higher numbers.”Since most people who are infected with coronavirus develop symptoms within 14 days of being infected and can spread the disease days before they feel sick, the window to get tested and avoid infecting others is small.Getting tested within the next seven days might not be realistic depending on where you live, explained Dr. Jeanne Marrazzo, division director of infectious diseases at University of Alabama Medicine.”Testing sites are still not set up in our most vulnerable community settings,” Marrazzo said, pointing to poor and rural areas, particularly in the Deep South.”If you are out protesting and return home, you may want to quarantine for a while,” said Dr. Simone Wildes, an infectious disease specialist at South Shore Health. “You don’t know what you are going to bring home to your parents, grandparents, other members of the family who might have underlying conditions that place them at higher risk.”New York City’s health department stopped short of telling protesters to get tested within a certain timeline, although the department did post to Twitter recommendations for how demonstrators could reduce their risk of spreading COVID-19.”Health is our top priority, and with more testing capacity now available, we’re inviting anyone who has participated in a demonstration over the past few days to come get tested at one of the more than 150 locations across the city,” said Patrick Gallahue, a spokesperson for the New York City Department of Health and Mental Hygiene.The next two weeks are going to give us a better sense about whether case counts will rise, according to Osterholm.”Hospitalizations could be 20 days away before you really start seeing that picking up,” he noted.Of course, those timelines assume that people who get sick will get tested. They also assume that protests will start to diminish.Continuing protests “could take transmission into a whole other week,” Osterholm said.Copyright © 2020, ABC Audio. All rights reserved.