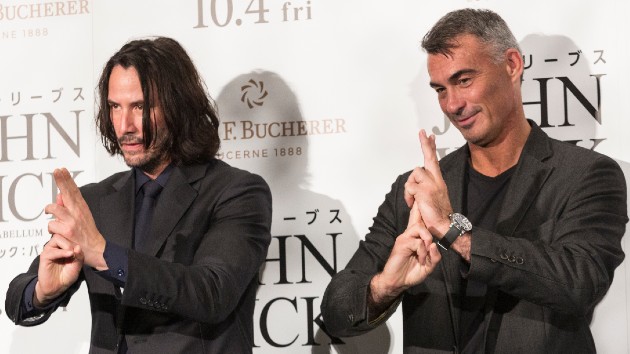 (LOS ANGELES) — Director Chad Stahelski was once a stuntman, the double for his John Wick series star Keanu Reeves, in fact. Now, with his own blockbusters behind him, he’s looking forward to working on the anticipated fourth Matrix movie.

He tells The Hollywood Reporter that director Lana Wachowski tapped his knowledge of over-the-top stunt scenes for the return to the sci-fi franchise.

“She comes with this set piece,” Stahelski says, “She comes with, ‘This is what’s happening…This is where I need him to be…at the end of this sequence. What do you got in your bag of tricks to make it absolutely crazy?”

Stahelski adds of the fourth film, “If you love the Matrix trilogy, you’re going to love what she’s doing because she’s brilliant and fun and understands what the fans want.”

John Wick fans boosted the most recent go-round, Chapter 3 — Parabellum, to a $326.7 million globally, making a fourth film a no-brainer.

“[T]here were two action sequences that we had really kind of conceived [for 3], but we just didn’t have room for them,” Stahelski reveals.  “And I’d like to think that 90 percent of what I pulled, there’s a place in John Wick 4 that I can definitely reinsert them.”

The filmmaker hints, “[A]t some point, when we think Mr. Wick has run his course, I’m sure his demise will be epic, but until then, we’re going to keep doing chapters and just tell the story…”

Coronavirus updates: How CDC director says we can get virus under control
Shia LaBeouf got a real, massive tattoo for his role in ‘The Tax Collector’
Kandi Burruss shares the most challenging part of shooting ‘The Chi’
After COVID-19 delays, CBS says newly-shot episodes of ‘The Bold and The Beautiful’ coming July 20
How to negotiate the cost of college: expert tips
Tom Bergeron announces he’s leaving ‘Dancing with the Stars’ after 28 seasons; Erin Andrews won’t return, either