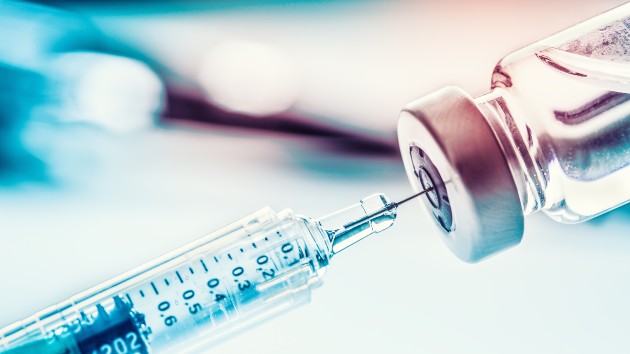 By DR. MARK ABDELMALEK and SONY SALZMAN, ABC News(NEW YORK) — Even as scientists race to develop a COVID-19 vaccine, experts acknowledge that children could be among the last members of society to be vaccinated. At least 10 vaccines are being tested in people across the globe, with the United States’ top infectious disease doctor, Anthony Fauci, optimistically estimating we could have a viable vaccine by early 2021. While preliminary data on these vaccines has been encouraging, children have been excluded from early studies. Fauci told ABC News it’s possible that studies in children might “catch up” to those in adults, if they are done correctly. “There is no reason not to believe that [a vaccine] wouldn’t be available simultaneously for adults and children,” Fauci said. But other vaccine experts interviewed by ABC News said studies among children could take much longer to complete, and a hard look at the timeline of ongoing vaccine trials raises questions about whether families can expect their children to be vaccinated at some point in the upcoming academic school year.”Children will be vaccinated, in time,” said Dr. Paul Offit, director of the Vaccine Education Center at the Children’s Hospital of Philadelphia, who sits on the Food and Drug Administration’s vaccine advisory committee. “To date, my sense is that children are not part of these initial studies,” Offit added. “It would be unfathomable giving children a vaccine that has not been adequately tested in children.”The process for testing a COVID-19 vaccine in children could take “extra months and maybe years longer,” according to Paul Duprex, PhD, director of the Center for Vaccine Research and professor of microbiology and molecular genetics at the University of Pittsburgh. Throughout history, scientists have constantly been reminded that children are not simply small adults. Their bodies and immune systems work differently than adults, so they need to be studied separately — preferably after safety has already been well-established in adults. “Every person is special, but kids are especially special,” said Duprex. “They are our charges. The emotional baggage that goes with something going wrong in clinical trials involving kids — and I’m not saying adults are not important — it’s just different.” For now, vaccine trials remain laser-focused on members of society deemed to have the highest risk, such as front-line workers and adults. Although some groups have announced their intention to test vaccines in children, ABC News contacted four vaccine groups and none said they have actually started studies in children yet. Typically, vaccines are tested in a stepwise approach: phase 1 for safety, phase 2 to start testing effectiveness and a massive phase 3 study with thousands of people. The pharmaceutical company Pfizer told ABC News it will advance a vaccine into children once positive data from phases 1 and 2 is available in adults. Another company, Inovio said it plans “to assess pediatric populations in the future.”The University of Oxford, which has partnered with the pharmaceutical company AstraZeneca, is one of the few vaccine groups that has announced formal plans to start testing in children. But a University spokesperson told ABC News that children will not be injected right away, and will only be given the vaccine once “all of the adults studies are moving along and have generated sufficient safety data.” In the United States, the National Institute of Allergy and Infectious Diseases (NIAID), which is collaborating with pharmaceutical companies for vaccine trials, told ABC News the agency would continue to work with the Centers for Disease Control and Prevention to better understand how the virus affects children. In a statement, the agency said: “We will continue to plan for follow-on clinical trials to include younger age groups so such trials can commence if epidemiological CDC data indicate a need to test COVID-19 vaccines in children.” With vaccine skepticism on the rise, experts stressed that it will be important to proceed with caution. According to an ABC News/Washington Post poll, 27% of American adults said they were not inclined to get a vaccine — even if it was available for free. With any new vaccine, the ethical thing to do is test for safety in healthy adults first, and then begin testing it among people who need it the most, explained Jennifer Miller, Ph.D., an assistant professor at Yale School of Medicine and founder of Bioethics International and the Good Pharma Scorecard. For COVID-19, that means older adults, front-line workers and people with underlying medical conditions. Children are far less likely to die of this disease. “About 2% of the cases reported are in the pediatric population,” said Dr. David Kimberlin, professor and co-director of the Division of Pediatric Infectious Diseases at the University of Alabama-Birmingham. “It’s about minimizing risks, it’s about informed consent and it’s about the population that needs it the most,” Miller said. Minimizing risk is important, especially when it comes to children and vaccines, experts agreed.Very rarely have candidate vaccines caused a disease to become more severe when the individual is subsequently exposed to the natural infection. This happened in 1966, when a chemically inactivated vaccine candidate for a childhood lung disease called RSV led to the death of several children.

“That tragic event set the RSV vaccine field back decades,” said Duprex. “In fact, there still is no licensed RSV vaccine.” Fauci proposed that children might be tested in a so-called “bridging study,” in which children are studied in a Phase I trial to ensure the vaccine is safe, and then quickly folded into a large phase 3 study. Other experts noted it’s theoretically possible that studies in children could “catch up” to those in adults, though unprecedented. But even if we do not have a vaccine for children right away, that doesn’t necessarily mean children will have to remain socially distant indefinitely. Eventually, widespread vaccination of adults could end up protecting children thanks to “herd immunity,” which is when enough people are vaccinated to snuff out an ongoing chain of infections. “Usually it’s the older way around — vaccinating children protects older adults,” Kimberlin said. But in the case of COVID-19, if we find a successful vaccine and most adults become immune to the virus, “parents could still very legitimately look at that as a win for children because it’s a win for society.”Copyright © 2020, ABC Audio. All rights reserved.

7 charged in trafficking ring that sent thousands of flying squirrels from Florida to Asia, officials say
Victims set to testify against alleged NorCal serial rapist at trial this week
How FBI says Michigan gov kidnapping plot went from texts, small gatherings to raid
Snow and fire from California to Wisconsin, Tropical Storm Epsilon stays out at sea
Charlize Theron and Gabrielle Union honor Regina King for “changing the world” with her “once-in-a-lifetime talent”
Rumer Willis reveals she lost her virginity to a man that “took advantage” of her