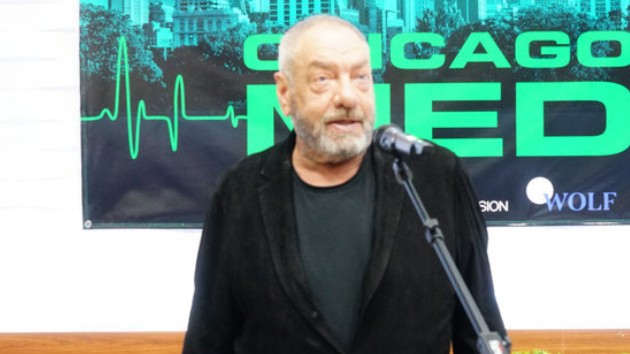 Photo by: Elizabeth Sisson/NBC
Posted on June 2, 2020 by ABC News

Gore was referring to unrest in California in the wake of the death of George Floyd, a black man who was killed last month by a now-terminated Minneapolis police officer who knelt on the handcuffed man’s neck.

In one post, captioned “Curfew,” Gore is pictured wearing a face covering and holding an AR-style rifle, with the caption “Curfew…” Another comment has Gore referring to unrest that happened on Sunset Boulevard Monday evening, saying he would “light motherf***ers up who are trying to f*** w/ my property.”

Another TV production crew member, Drew Janda, tweeted Gore’s Facebook post to Meloni, and the actor responded by saying, in part, “I have no idea who this person is or what they do.”

In a statement to Variety, Wolf made it known he had dropped the hammer. “I will not tolerate this conduct, especially during our hour of national grief. I am terminating Craig Gore immediately.”