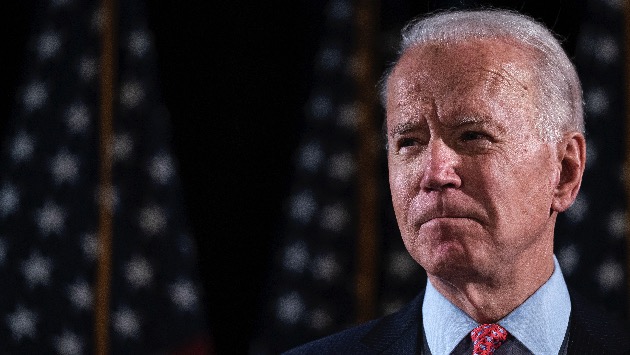 By JOHN VERHOVEK and MOLLY NAGLE, ABC News(PHILADELPHIA) — Following a week of nationwide unrest and protests following the death of George Floyd, presumptive Democratic presidential nominee and former vice president Joe Biden delivered an emotional speech Tuesday morning in Philadelphia, Pennsylvania, condemning President Donald Trump, and addressing what he describes as a “wake-up call” for a country upended by racial upheaval.“‘I can’t breathe.’ ‘I can’t breathe.’ George Floyd’s last words. But they didn’t die with him. They’re still being heard. They’re echoing across this nation,” Biden said.Biden, who held his first in-person campaign event in over two months Monday in Wilmington, Delaware, hearing from members of the African American community about their priorities in the wake of Floyd’s death, also emphasized that the protests, coupled with the disproportionate impact the coronavirus pandemic has had on minority communities, highlight the need to address systemic racial injustices.“They speak to a nation where too often just the color of your skin puts your life at risk. They speak to a nation where more than 100,000 people have lost their lives to a virus and 40 million Americans have filed for unemployment — with a disproportionate number of these deaths and job losses concentrated in the black and minority communities,” he said.The Democrat took direct aim at President Trump, following a night defined by the decision to use tear gas to push back peaceful protestors near the White House so that Trump could walk to the historic St. John’s Church nearby and pose with a Bible alongside senior members of administration.“When peaceful protestors are dispersed by the order of the president from the doorstep of the people’s house, the White House — using tear gas and flash grenades — in order to stage a photo op at a noble church, we can be forgiven for believing that the president is more interested in power than in principle,” Biden said.”More interested in serving the passions of his base than the needs of the people in his care,” Biden added. “For that’s what the presidency is: a duty of care — to all of us, not just our voters, not just our donors, but all of us.”“The president held up the Bible at St John’s Church yesterday. I just wish he opened it once in a while. Instead of brandishing it. If he opened it he could have learned something. They’re all called to love one another as we love ourselves, it’s really hard work. But it’s the work of America,” Biden said, adding that Trump has “no interest” in doing that work.“In addition to the Bible, the president might also want to open the U.S. Constitution once in a while. If he did he’d find a thing called the First Amendment. And what it says, in the beginning, it says: ‘The right of the people peaceably to assemble and to petition their government for redress of grievances. That’s kind of an essential notion built into this country. Mr. President, that’s America. That’s America,” Biden added.He said that while no person can promise to be a perfect president, the former vice president pledged to try to unite the country and “heal the racial wounds.””I promise you this. I won’t traffic in fear and division. I won’t fan the flames of hate. I will seek to heal the racial wounds that have long plagued this country – not use them for political gain,” Biden said. “I’ll do my job and take responsibility. I won’t blame others. I’ll never forget that the job isn’t about me. It’s about you. And I’ll work to not only rebuild this nation. But to build it better than it was.”The focus on President Trump’s exploitation of division has long been a focus for Biden in his presidential campaign, launching his run with a video that focused on the events of Charlottesville in 2017 as the catalyst prompting his third run for the White House.“That’s when we heard the words of the president of the United States that stunned the world, and shocked the conscience of this nation. He said there were ‘very fine people on both sides.’ Very fine people on both sides?” Biden said in the April 2019 video launching his campaign.”With those words, the president of the United States assigned a moral equivalence between those spreading hate, and those with the courage to stand against it. And in that moment, I knew the threat to this nation was unlike any I had seen in my lifetime,” Biden continued.During a roundtable on Monday with mayors from major American cities, Biden described the widespread protests as a manifestation of “justifiable” anger, but urged those protestors to refrain from violence and looting, which he argues overshadows their main message.“We need that anger. We need that to tell us to move forward. It helps us push through this pain and reach the other side to hopefully greater progress, equality and inclusion,” Biden said. “But we’re also seeing a justifiable public outrage and protests turned to acts of needless destruction in cities across the country, which are not justified.”“I think we all agree that the act of protesting should never be overshadowed by the reason we’re protesting. It shouldn’t drive people away from a just cause that a protest is meant to advance, but violence is endangers lives, it guts local businesses, it is no way forward,” he added, speaking with the mayors of Atlanta, Chicago, Los Angeles and St. Paul.Copyright © 2020, ABC Audio. All rights reserved.