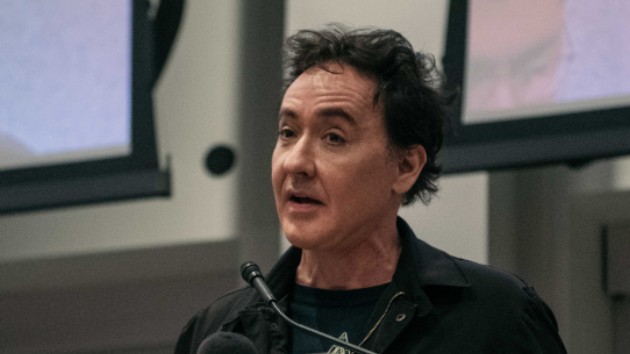 (ILLINOIS) —  Actor and activist John Cusack claimed on Sunday evening that Chicago cops attacked him while he was attending a protest over the death of George Floyd, the Minneapolis man who died last week after a white police officer knelt on his neck while apprehending him. Floyd’s death sparked protests and riots nationwide.

To Twitter, the Gross Pointe Blank star noted, “Cops didn’t like me filming the burning car so they came at me with batons. Hitting my bike.”

His video doesn’t show that per se, but we hear him forcefully being told to move, and then hear the sound of metal crashing, and Cusack saying, “All right, all right.”

The actor’s timeline is filled with not only photos he took of the “chaos” in Chicago, but of retweets of protests in the U.S. and around the world.