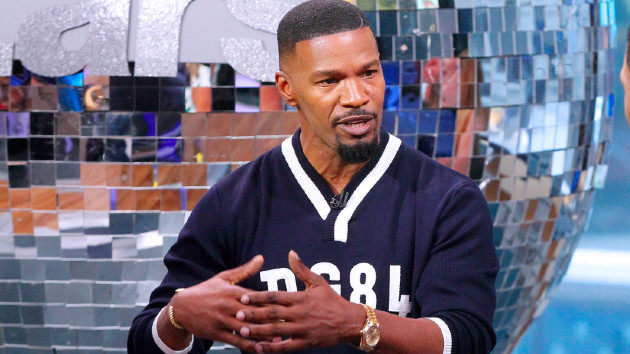 (SAN FRANCISCO) — Jamie Foxx delivered an impassioned speech Monday at a “kneel-in” demonstration at San Francisco City Hall to protest police brutality and racial injustice in the wake of George Floyd’s death.The Oscar-winner called on his “Hollywood friends” to take action, advising them to get out of the comfort of their homes and let people see their faces.“You gotta get out here,” he implored. “You can’t sit back. You can’t tweet. You can’t text. You got to get out here.”He added, “When you’re here, and you see how people are hurting, you can understand what it is as opposed to being in your bedroom or your living room and saying, ‘Hey, I don’t like this.’”Foxx promised the crowd he would continue to show up for whatever they needed.“I don’t preach or anything like that,” he said. “But I just want to be here to let you know that you got somebody that you can call anytime.”He concluded by encouraging protesters to remain steadfast.“Let’s not forget that they may try to pull one on us,” he said. “Even now they say we didn’t see what we saw. And I continuously say, how can we see it as a murder and they see it as a misunderstanding? The work is still here.”The actor was joined at the peaceful protest by San Francisco Mayor London Breed, Supervisor Shamann Walton, officials from the NAACP and other leaders.