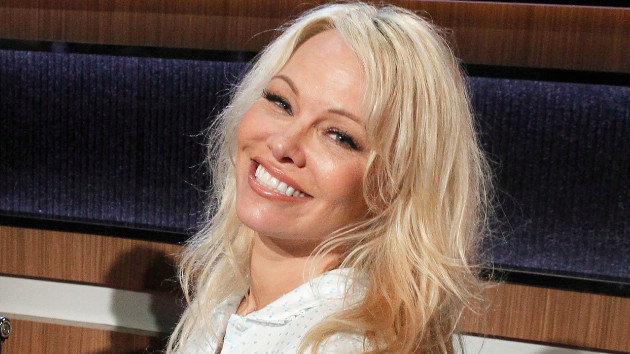 (LOS ANGELES) — Pamela Anderson isn’t giving up on love, despite her breakup with Jon Peters in February, just 12 days after a ceremony in Malibu in which they were believed to have been married.

In an interview with The New York Times published on Thursday, the former Baywatch star, 52, says she and 74-year-old Peters broke up before they even filed for a marriage certificate.

“I wasn’t married. No,” says Anderson, adding, “I don’t know what all that was about, but I think fear really played a lot into it.”

“It was just kind of a little moment,” she continues.  “A moment that came and went, but there was no wedding, there was no marriage, there was no anything.  It’s like it never even happened. That sounds bizarre, but that’s it.”

As for how the brief romance with her friend of 35 years occurred, Anderson recalls, “I was in India and I went to this panchakarma cleanse, and I’d been gone for three weeks in this ayurvedic center, meditating, just so clear.  I came back and VWOOM, within 24 hours, I saw Jon.  It was like this little whirlwind thing, and it was over really quick, and it was nothing. Nothing physical.  It’s just a friendship.”

I spite of that, Pamela says she’s ready to give marriage one more try.

White man filmed in alleged Indiana assault says Black accuser was ‘race-baiting’
Coronavirus updates: How CDC director says we can get virus under control
White California man charged with hate crime in car attack on Black people
Demand for plastic surgery is up, even with coronavirus
Shia LaBeouf got a real, massive tattoo for his role in ‘The Tax Collector’
Kandi Burruss shares the most challenging part of shooting ‘The Chi’