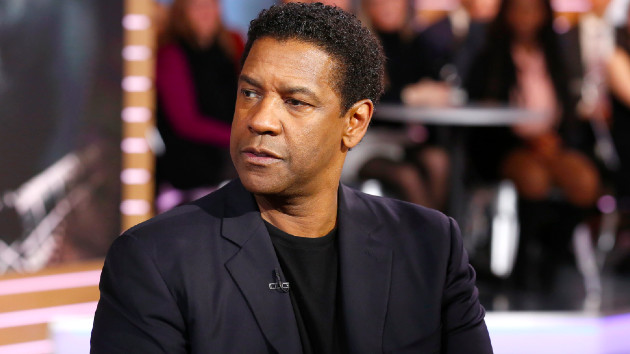 (LOS ANGELES) — A video featuring actor Denzel Washington is going viral for how he comforted a black homeless man in distress and stayed with him when police responded.

With the African American community seeking justice for the May 25 death of George Floyd, Denzel is being hailed a real life hero for his deed.

TMZ was first to report on the interaction, where a homeless man had wandered in the way of oncoming traffic.  It is unknown if it was accidental or deliberate.

The video footage, which was filmed on May 21, shows the 65-year-old Flight actor leaving his vehicle and walking over to the man wearing a blue hoodie.  After engaging in a brief discussion, Denzel guides him to the safety of the sidewalk and keeps talking to him.

It should be noted that while Washington was wearing a face mask during their interaction, the homeless man was not.

When police arrived for questioning, the Academy Award winner was filmed placing a comforting hand on the man’s shoulder.  He doesn’t leave as police remain on scene.

Eventually, police choose to detain the homeless man, although a reason was not provided.  As officers handcuff the man, Denzel is seen talking him through the arrest.  He even tries to give the man some orange juice, which is taken by one of the officers.

The Los Angeles Police Department has not responded to questions for comment nor did they provide details on what the man was charged with.  TMZ reports that he was released.

In addition, a representative for Washington declined commenting on the matter.

The video has since gone viral on Twitter with people praising the actor for using peaceful tactics to prevent the already delicate situation from potentially escalating.

7 charged in trafficking ring that sent thousands of flying squirrels from Florida to Asia, officials say
Victims set to testify against alleged NorCal serial rapist at trial this week
How FBI says Michigan gov kidnapping plot went from texts, small gatherings to raid
Snow and fire from California to Wisconsin, Tropical Storm Epsilon stays out at sea
Rumer Willis reveals she lost her virginity to a man that “took advantage” of her
Report: Dominic West in talks to play Prince Charles on final seasons of ‘The Crown’