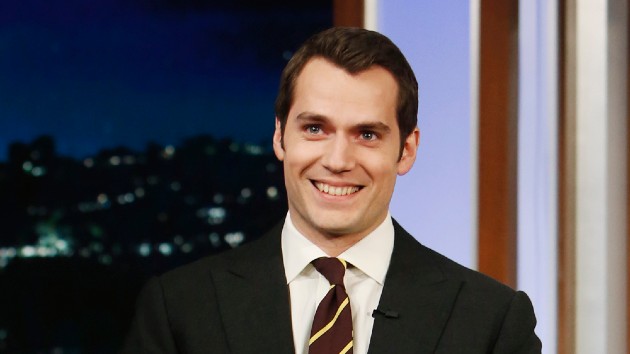 (LOS ANGELES) — Henry Cavill is in talks to return as Superman in an upcoming DC Comics movie, sources tell Deadline — however, it will be in a cameo role, rather than a standalone film.

With Wonder Woman 1986 and Suicide Squad already in the can, the most likely projects would be Shazam 2, Dwayne Johnson’s Black Adam or Aquaman 2.

Cavill previously played the legendary superhero in 2013’s Man of Steel and 2016’s Batman v Superman, but after the poor critical and commercial reception of 2017’s Justice League, his future as the Son of Krypton was in doubt.

It should be said that while Superman had a post-credits cameo in 2019’s surprise hit Shazam, proving both heroes share Warner Bros. DC Comics-based cinematic universe, Cavill didn’t play him — Superman’s face was deliberately never shown in the scene.

Ray J responds to rumors of a second sex tape with Kim Kardashian: “This ain’t cool”
Brian Laundrie search presses on as death of Gabby Petito ruled homicide: Live updates
Chelsea Handler has a new boyfriend
Smaller COVID vaccine doses may protect children as well as full doses in adults: Pfizer
Uma Thurman reveals she had an abortion when she was a teen: “It has been my darkest secret until now”
“Disney+ Day” — ‘Shang-Chi’, ‘Jungle Cruise’, a Boba Fett special, and more coming on November 12