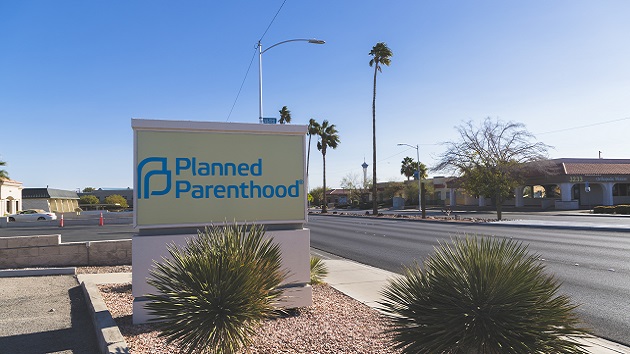 By SHANNON K. CRAWFORD, ABC NEWSSenate Minority Leader Chuck Schumer, D-N.Y., and other Democratic lawmakers are accusing the Trump administration of unfairly targeting Planned Parenthood amid reports that some affiliated health care centers are being pressured by the government to return federally-funded, potentially forgivable small business loans granted through the Paycheck Protection Program (PPP) during the coronavirus pandemic.In a letter to Treasury Secretary Steven Mnuchin and Small Business Administration (SBA) Administrator Jovita Carranza, Democrats argue that by seeking to reclaim the PPP funds, the SBA is taking an “ideologically-driven action” in order to “score political points for this administration by attacking nonprofit health care providers.”The lawmakers add that “the administration’s longstanding campaign against reproductive health generally, and Planned Parenthood specifically, strongly suggests that Planned Parenthood is being arbitrarily singled out amongst over 4.3 million loans that have been issued under this program.”Forty Democratic senators and one independent senator endorsed the letter.The SBA has notified at least three Planned Parenthood affiliates that they should return their PPP loans. It’s unclear if other clinics have been contacted.SBA officials declined to respond to questions from ABC News, saying that they do not comment on individual borrowers. ABC News reached out to the Treasury Department as well, but received no response.Planned Parenthood maintains that their affiliates rightfully qualified for the PPP funding.”Like many other local nonprofits and health care providers, some independent Planned Parenthood 501(c)(3) organizations applied for and were awarded loans under the eligibility rules established by the CARES Act and the Small Business Administration (SBA), which they met,” Jacqueline Ayers, Planned Parenthood Federation of America’s vice president of government relations and public policy, said in a statement.Those eligibility rules, outlined by the SBA, allow for most businesses and nonprofits with fewer than 500 workers to qualify for PPP. But Republicans have argued that since Planned Parenthood Federation of America has organizational control over its affiliates, and it should be considered as one large enterprise with too many employees to qualify for the lending program.In their own letter last week, Senate Republicans urged the Department of Justice to open an investigation into reports that Planned Parenthood affiliates received roughly $80 million from the program.However Planned Parenthood says that because the individual affiliates that received PPP loans have their own governing boards, they must be considered as smaller, standalone entities that lawfully qualify for the program.The SBA’s rules for determining eligibility for the PPP have been a source of confusion since their implementation, but in their letter, Democrats claim the intention of the program has always been clear.”The decision to fund PPP was based on a mutual and bipartisan consensus that it was important for this program to assist the broad universe of nonprofit organizations in this country, many of whom provide food assistance, health care services, child care, charitable services, and other essential functions that constitute a critical component of our social safety net,” the lawmakers wrote.Copyright © 2020, ABC Audio. All rights reserved.