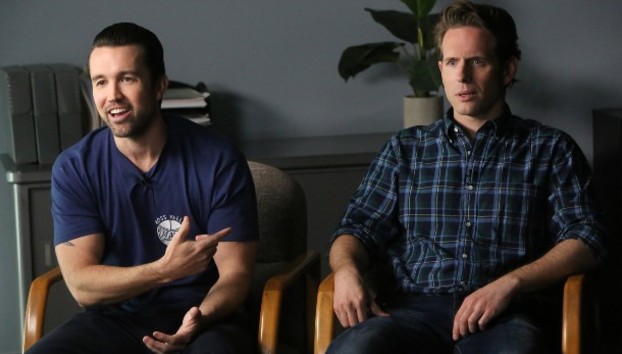 (LOS ANGELES) — FX has renewed It’s Always Sunny in Philadelphia for a record-breaking 15th season, according to Deadline. The series, which wrapped up its 14th season in November, had already tied the very different  The Adventures of Ozzie and Harriet for longest-running live-action comedy series by seasons.

McElhenney told ABC Audio about the longevity of the series. “We always believed in the show. We always loved making the show. And I think that’s the key. I think when people ask about the success of Sunny, I think that the most important thing, as I think about it over the 14 years, is that we all love each other, truly, and that we’re having fun making the show.”

He adds, “People talk about this in terms of TV shows and movies all the time. ‘You were family.’ But we are literally a family. We’re all married to one another.” McElhenney’s married to his co-star, Kaitlin Olson,  Day is married to featured Sunny player Mary Elizabeth Ellis, and Howerton met his wife, Jill Latiano, after she appeared on an episode.

Co-producer Megan Ganz adds with a laugh, “Someday the kids will be on the show. Season 25, guys.” McElhenney adds, “That’ll be spin off, as our children become the stars of the show.”

Rob says, “When you make a show about people who are such sociopaths, essentially, and almost cartoonishly evil, in terms of comedy, the only way it works is that it’s clear the human behinds behind it are not, right?” said McElhenney, addressing the secret of show’s staying power. “It’s clear that we’re having fun…”

Trailer for ‘The Batman’, ‘The Rock’ teases ‘Black Adam’ and more: Nerd news from Saturday’s DC Fandome
DOJ pledges independence after Biden calls for prosecutions of those who defy Jan. 6 committee subpoenas
‘My body is not their property,’ a Texas woman’s journey across state lines for an abortion
Independent FDA panel votes to authorize booster shots for Johnson & Johnson vaccine
As Disney+ plans a two-episode premiere for ‘Hawkeye’, Hailee Steinfeld “still can’t believe” she’s part of the MCU
Get a closer look at Jason, Freddy, Chucky, and more with Shudder’s ‘Behind the Monsters’