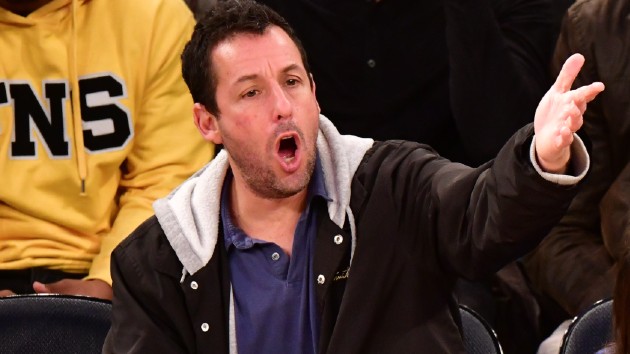 Photo by James Devaney/Getty Images
Posted on May 19, 2020 by ABC News

(LOS ANGELES) — Adam Sandler is sticking to the courts. After logging an award-winning role as a basketball-obsessed gambling addict in Uncut Gems, the Saturday Night Live veteran has been cast to play the lead in the Lebron James-produced Netflix film Hustle.

In the movie, Sandler will portray an American basketball scout who is unjustly fired after discovering a once-in-a-lifetime player abroad. He and the player return to the U.S. to prove that they both have what it takes to make it in the NBA. A release date has not yet been announced.

In real life, Sandler is a massive basketball fan, whose friendly games at his home turned attracted famous friends from the worlds of sports and Hollywood. Henry Winkler, who became a staple in Sandler’s movies, once revealed to ABC Audio that a name-drop from one of Sandler’s most famous songs led to an invite to one of these games — and a huge job.

“I called him to thank him for putting me in his ‘Hanukkah Song,"” Winkler recalls. “And then he called me and he invited me to his house because they play basketball and I met Jim Carrey there and Brad Pitt there. And then he asked me to be in The Waterboy.”