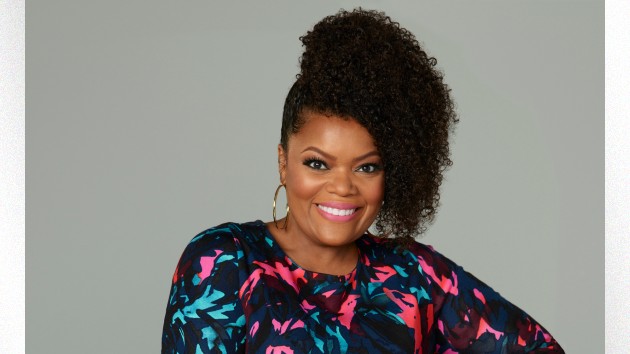 (NEW YORK) — The Motion Picture & Television Fund (MPTF) is holding a star-studded fundraiser today to benefit the MPTF COVID-19 Emergency Relief Fund, helping those in Hollywood who lost their jobs as a result of the pandemic.

Avengers: Endgame actress Yvette Nicole Brown is producing — and co-hosting — the special, along with Tom Bergeron. She caught up with ABC Audio, to tell us about the event. “We’re gonna have people like George Clooney and Leslie Odom, Jr. [and] Hugh Jackman.”

“I just have been amazed at how many people when you call and say, ‘Would you please…’ Like my friend Leslie Odom Jr., who won a Grammy and a Tony for Hamilton playing Aaron Burr. I just said in a text like, ‘Okay, you know, we’re doing this this fundraiser for the Motion Picture Television fund. We’re trying to create something where we can help industry members in need. Would you please –?’ And before I could get ‘Would you ple –‘ he was like, “Whatever you need. Need me to sing, need me to write, whatever you need.”

The one-hour special, titled We All Play Our Part, will broadcast today at 9 p.m. Eastern time on the organization’s YouTube page, and on the MPTF’s website.

Olivia Jade returns to YouTube after over a year, “I can’t change the past”
Report: Dave Chappelle tests positive for COVID-19
How working from home due to COVID could be a double tax hit for some
Some COVID-19 variants spread more easily than original: Here’s why
‘There is no plan B’ for Tokyo Olympics, IOC chief says
PA COVID-19 Update: 4,882 hospitalized, 889 in ICU, number appear to be decreasing