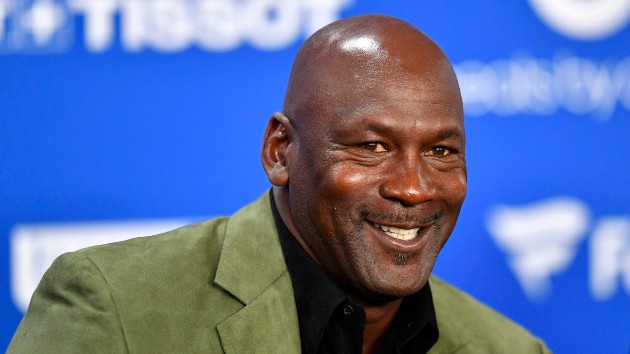 Aurelien Meunier/Getty Images
Posted on May 15, 2020 by ABC News

By CANDICE WILLIAMS, ABC News(NEW YORK) — With the final two episodes of Michael Jordan’s intimate sport documentary The Last Dance airing Sunday, his daughter Jasmine admits that her father is now finally breathing a sigh of relief.The wildly popular series, which chronicles her father’s final Chicago Bulls season in 1997–98, shares rare footage of Michael’s tumultuous journey, which Jasmine reveals he hoped would not see the light of day. “[It was] understanding, his fear of wanting it to even come out,” Jasmine tells ABC Audio. “And why he was hesitant. Because now seeing so many episodes up to this point, I’m like that, ‘Dad, why wouldn’t you want this to come out? This is incredible. This is what the people want."””He was concerned about the perception,” she continues. “He was concerned that people weren’t going to understand these were sacrifices. And he had to be that brute teammate or ask that much from everybody else to become great.” Jasmine says Michael thought viewers may not understand the tough love he gave his teammates. “He’s not just beating up Steve Kerr, beating up Ron Harper and constantly coming at Charles Oakley because it’s fun,” she explains. “He’s doing it because he knows their potential and he’s trying to pull it out.””So, with having that conversation, I said, ‘OK, I get it,"” she recalls. “‘I get why you would be concerned [about the] audience or the younger generation that didn’t watch you live during this time.” Watching the doc in real time, Jasmine says she has a better grasp of her father’s feelings, adding that his fear was rooted in people not understanding his “mentality.” Now, thankfully, Jasmine says Michael’s “fear has been pretty much been wavered.””He allowed the documentary to come to fruition … because I think everybody should be benefiting from it,” she said. Copyright © 2020, ABC Audio. All rights reserved.

Voting rights legislation across country looks to both restrict, expand access
County apologizes for seniors having to wait outside in cold for COVID-19 vaccine
COVID-19 ‘long-haulers’ trying to decode lasting symptoms a year after falling ill
US Army changes standards for women to allow ponytails, nail polish, breastfeeding
Morris Chestnut says fans aren’t shy about hating on his character in ‘The Resident’
Cloris Leachman, Oscar and Emmy winning star of ‘The Mary Tyler Moore Show’, dead at 94