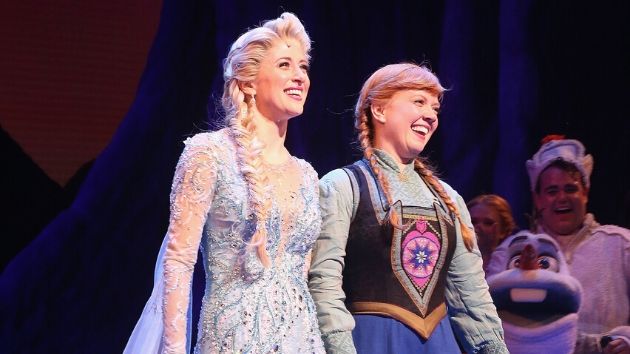 The Broadway lights are permanently going dark for the popular Disney musical Frozen, based off the 2013 Oscar-winning animated film.

The heartbreaking news was made Thursday as Thomas Schumacher, President & Producer of Disney Theatrical Productions, confirmed the beloved musical will not return when Broadway reopens.

Citing the “industry-wide shutdown and resulting economic fallout” as cause of the shuttering, Schumacher announced in a statement, “Frozen, like all shows, is wholly dependent on those who create and perform them but this was an uncommonly close and talented group and they’ll be missed.”

The long-running Broadway staple opened March 22, 2018 and ran for 825 performances.  When the curtains fell on March 11, 2020, it was unknown that was going to be the musical’s final bow.

Not only does this signify Broadway’s first permanent closure due to the COVID-19 pandemic, the news sets an uncertain future many musicals considering how successful Frozen was.

Over 1.3 million people turned up to watch Anna, Elsa, Olaf and Kristoff on the stage, resulting in the musical grossing over $150 million during its two-year run.  It was also nominated for the Best Musical Tony Award.

“I have to acknowledge our incredible audiences; night after night, the fans showed us how much they loved this show and we look forward to seeing them at Frozen around the world,” Schumacher concluded.

Tickets for the Broadway musical purchased via Ticketmaster will be refunded.  Those who used other channels to secure tickets should contact their vendor.

While the musical’s run on Broadway has come to an end, a future North American tour is in the works.  In addition, starting next year, the Disney musical will open in Australia, Japan, Germany and the United Kingdom.