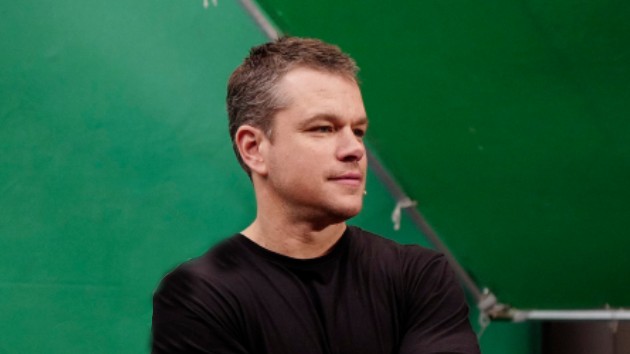 (DUBLIN) — As previously reported, Oscar winner Matt Damon and his family decided to ride out the stay-at-home period in Dalkey, Ireland, a small, seaside town southeast of Dublin.  His stepdaughter, Alexia Barroso, however, remained in New York City where she was attending college, and Damon has revealed she caught, and recovered from, COVID-19.

“She had COVID really early on, along with her roommates, and got through it fine,” Damon told Dublin’s Fully Charged radio show.

Damon, his wife Luciana, and their three youngest kids Isabella, 13, Gia, 11, and Stella, 9, had been in the area as the actor prepared for the production of his forthcoming drama, The Last Duel, with his old pal Ben Affleck.  He said staying there was a great decision, calling Dalkey, “one of the most beautiful places we’ve ever been,” and that their time there has been “like a fairytale.”

Damon explained to hosts hosts Nathan O’Reilly and Graham O’Toole, “Obviously what’s going on the world is horrible, but for my family, it timed out right….I’ve got my kids, and we have teachers with us because we were planning on missing school for about eight weeks,” he says, referring to the time away from America while he was to be working on the film.  “So we’ve got what nobody else has, which is actual, live human beings teaching our kids. The schools are all shut down down back home [in L.A.] and all the kids are doing remote learning, so we feel guilty. We’ve got this kind of incredible set up.”

Damon added that eventually the family will head back to Los Angeles and reunite with Alexia, “so we’ll all be together and figure out what the heck we’re going to do. It’s such an odd limbo that we’re all in.”