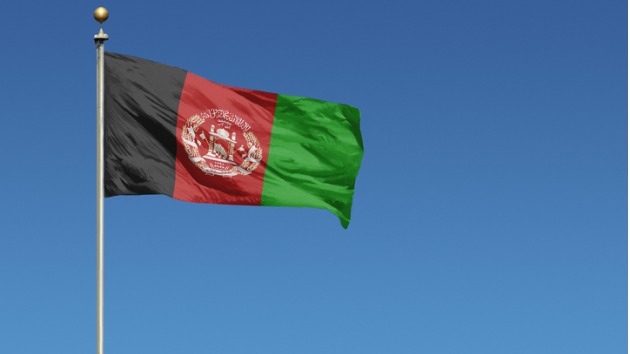 By CONOR FINNEGAN and ALEEM AGHA, ABC NEWS(WASHINGTON) — In the two months since the U.S. and the Taliban signed an agreement to end their 18-year old war, violence between the militant group and Afghan government forces has surged.The Trump administration has pushed through that, calling on Afghan President Ashraf Ghani’s administration to negotiate with the Taliban. But two horrific attacks on Tuesday have rocked Afghanistan, potentially derailing an already endangered peace process launched by President Donald Trump.New mothers, nurses and at least two newborn babies were among the 16 people killed in an assault on a maternity hospital in the capital, Kabul, while in neighboring Nangarhar province, a police commander’s funeral was bombed, killing at least 26 people.The Taliban denied responsibility for both attacks, instead blaming the Afghan government and accusing it of shielding ISIS fighters, while Ghani announced that Afghan security forces would go on the “offense” against the insurgency after months of remaining in a defensive posture at U.S. officials’ request.The space for the two sides sitting down for peace negotiations seems smaller and further than ever, even as the U.S. continues to draw down its troop presence.”The Taliban and the Afghan government should cooperate to bring the perpetrators to justice,” Secretary of State Mike Pompeo said in a statement Tuesday, calling the maternity hospital attack “sheer evil.”The Pentagon added that U.S. troops will remain in a “defensive” posture, but “continue to conduct defensive strikes against the Taliban when they attack our ANDSF partners,” according to spokesperson Lt. Col. Thomas Campbell, using an acronym for Afghan National Defense and Security Forces.While no one has yet claimed responsibility for attacking the maternity hospital, ISIS-Khorasan, the Islamic State affiliate in the region, has claimed responsibility for attacking the funeral.But Ghani’s national security adviser Hamdullah Mohib, who served as Afghan ambassador to the U.S., tweeted that taken with the “attacks of the last two months,” it was clear the “Taliban & their sponsors do not and did not intend to pursue peace. … If the Taliban can not control their violence, or their sponsors have now subcontracted their terror to other entities — which was one of our primary concerns from the beginning — then there seems little point in continuing to engage Taliban in ‘peace talks."”Trump’s deal with the Taliban required the U.S. to begin drawing down its forces, while the militants had to break ties with al-Qaida and other terror groups and sit down for negotiations with an Afghan national delegation. But after decades of fighting, the Taliban did not have to recognize the Afghan government, which it rejects as a U.S. puppet, or agree to a nationwide ceasefire, despite Afghan officials urging American diplomats to use the U.S. troop presence as leverage for that.The scenes in Kabul on Tuesday were chaotic and emotional. Police engaged in an hours-long shootout with the attackers after they stormed the hospital, operated by Doctors Without Borders. As security forces tried to retake the building, staff and police evacuated patients — including newborn babies and new mothers. Outside, hospital staff shouted the names of the rescued to horrified crowds, including new fathers and other relatives, who anxiously awaited the names of the dead.In neighboring Nangarhar province, where ISIS-K has a stronghold, a suicide bomber detonated his explosive device at a police commander and tribal elder’s funeral, killing 26 people and wounding 68, according to the Associated Press. People gathered at the scene of the attack afterwards, collecting the shoes of the dead.In a televised address to the nation, Ghani said Afghan government forces would abandon the defensive posture taken since the U.S.-Taliban agreement and begin launching attacks on Taliban targets. Despite repeated calls for a ceasefire, “The Taliban have not given up fighting and killing Afghans. Instead, they have increased their attacks on our countrymen and public places,” Ghani said, according to the Associated Press.The Taliban have denied that they agreed to halt attacks on Afghan forces, except for a week-long reduction in violence before their co-founder Abdul Ghani Baradar signed the agreement with chief U.S. negotiator Zalmay Khalilzad on Feb. 29.But the U.S. has said all three sides — American, Afghan and Taliban forces — agreed to reduce violence by 80% to make room for the intra-Afghan peace negotiations that were supposed to be a result of the deal, according to U.S. Forces in Afghanistan spokesperson Col. Sonny Leggett.Those negotiations are now over two months behind their March 10 scheduled start date, delayed by a disagreement between the government and the Taliban over prisoner releases and political in-fighting in Kabul over the makeup of the Afghan national delegation.The U.S.-Taliban deal specified that the Afghan government would release up to 5,000 Taliban prisoners by March 10, with the Taliban calling it a precondition of any negotiations. But an agreement between the government and the U.S. said only that Ghani’s government would discuss “the feasibility of releasing significant numbers of prisoners on both sides,” and Ghani, already under political pressure, initially balked at releasing any Taliban fighters.In recent weeks, there seemed to be progress on that front, with dozens of Taliban prisoners being released, albeit in batches too small to reach 5,000 any time soon. Ghani also seemed close to finalizing a deal with his political rival Abdullah Abdullah, after a contested presidential election last September ended with Ghani being declared the winner in February and Abdullah claiming fraud and installing his own shadow government.But now, the levels of violence seem too great an obstacle for Afghan officials to stomach, and if government forces begin attacking Taliban fighters, the militants say it’ll sidetrack any peace process.”The Kabul administration is responsible for the escalation of the conflict and its consequences. The Islamic Emirate has its own capabilities and readiness for any situation,” the group’s spokesperson said in a statement, using its title for itself, “the Islamic Emirate.”Copyright © 2020, ABC Audio. All rights reserved.

1,900 doses of Moderna vaccine destroyed after cleaner unplugs freezer in Boston
Coronavirus live updates: New cases, deaths in US down week-to-week
Georgia Black women leaders on ‘saving democracy’ by helping flip Senate, fueling Biden-Harris win
Columbus to invest nearly $5M in police bodycams after Andre Hill shooting
Clare Crawley breaks her silence on split from Dale Moss: “This was not what I expected or hoped for”
Priyanka Chopra Jonas says the racism she suffered in high school forced her to leave America