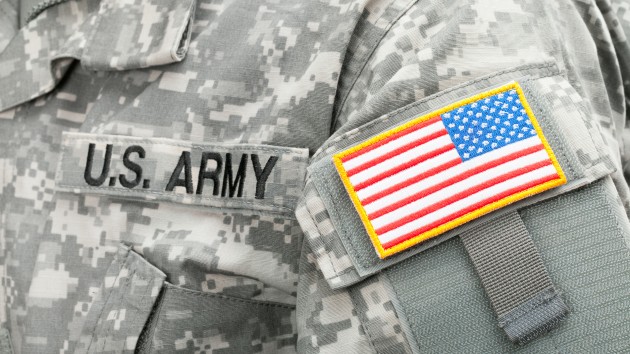 By LUIS MARTINEZ, ELIZABETH MCLAUGHLIN and MATT SEYLER, ABC News(WASHINGTON) — In early April, the United States Army did something it had never done before: it stopped sending recruits to basic training.In the midst of the coronavirus pandemic sweeping the nation, the Army looked to put new procedures into place so that it could protect those recruits and nearly a half million active duty soldiers located across the U.S. and around the world.Now, Army Secretary Ryan McCarthy is working to get that force operating safely in a COVID-19 world. He told ABC News in an interview on Wednesday that while pausing the flow of recruits to boot camp put the Army in a better place, it’s time to get soldiers training again, especially its newest officers graduating from the U.S. Military Academy, better known as West Point, this summer.”All of the contracted ROTC cadets are going to move this summer. West Point cadets got to move. We got to get these folks to Basic Officer Leadership Course, to flight school, to Ranger school,” he said. “Because you will have a massive bulge — in the case of the officer corps 5,000 people — that are going to fill the ranks, and team leaders all over the Earth. So that’s why we’ve invested heavily in testing, worked very hard with our training protocol on how to behave in a COVID environment, and continue to navigate this.”So far, McCarthy said the Army has fared fairly well given the size of its force — including Army civilian employees and contractors — with about 2,800 positive cases of the novel coronavirus and two deaths. He also said that since an initial cluster of cases within a Fort Jackson battalion, there have not been significant outbreaks.But a recent decision to bring cadets back to West Point for graduation in June caused controversy. Critics alleged the Army was unnecessarily bringing the cadets back to New York state — a coronavirus hot spot — so that President Donald Trump could give an in-person commencement address.On Sunday, the president told reporters that it was an “honor” to address the graduates but he “didn’t want to necessarily do it.”McCarthy said that while the president initially accepted the invitation to speak in February, revised plans based on the latest coronavirus conditions in the state were sent back up the chain of command a little more than a month ago.”(Trump) had said he was still inclined to go, but it was based off of conditions that we felt were on the ground,” the secretary said.He also defended the decision to send 1,000 cadets back to West Point, saying they would have to return to the military academy regardless of the president’s speech.”We have to bring them back. They haven’t been at school since the beginning of March. They don’t know how to operate in a COVID environment,” McCarthy said. “They got to get their physicals. They got to get their stuff.”In an effort to mitigate the chances the coronavirus could spread on campus, West Point officials have put in place screening and testing protocols before putting cadets in small groups that will not interact with others.

Testing on Army installations and overseasA key component to safe training is testing soldiers and testing them frequently. Currently, the Army can process coronavirus tests at every Army medical treatment facility and in combat zones overseas, McCarthy said.It’s part of a larger Pentagon strategy that emphasizes testing with a goal to conduct 56,000 coronavirus tests each week. But so far, the department is still working to scale that effort and is operating about 30,000/week, according to senior defense officials.”What the Department of Defense has been pushing towards is test people, put them in a bubble and now they’re safe,” McCarthy said of the strategy. “And we can train in larger groups and then ultimately deploy and support a national objective.”But beyond the typical nasal swab test, he expressed optimism around the promise of serology (antibody) testing so that the Army could determine whether an individual has been exposed to the coronavirus and when they’re able to return to the force.Some of that research is being done at the Walter Reed Army Institute of Research, which ABC News visited last month. Researchers there are simultaneously working to develop a vaccine, therapeutics and rapid diagnostic tests for the coronavirus.The Army is also looking into wearable devices designed for contact tracing, so that individuals who have been in the proximity of a coronavirus-positive patient can be easily alerted to the possible exposure.

Preparing for a second coronavirus waveThe Army Corps of Engineers helped to build dozens of temporary hospital facilities nationwide that were designed to help cities whose health care systems were overwhelmed by coronavirus patients. But many facilities built in vast convention centers have not seen large patient flows, leading some cities to decide to scale back or close the centers.McCarthy characterized these facilities as “an insurance policy” and “a final line of defense” if the coronavirus had continued to spiral out of control, but he believes it will be up to local leaders to decide what is best for their communities if a second wave of COVID-19 infections hits later this year.”Do we need to keep these alternate care facilities stood up? Or do they put it in a hibernation mode and then it’s available to turn back on in the event this boomerangs in the fall with another flu season?” McCarthy asked.Either way, he said the Army proved it could work quickly and closely with city and state officials to build the facilities over the past two months — experience that could prove useful in a possible second wave.”We have relationships at the city and state level now that have been forged in the crucible of this experience,” McCarthy said. “So there’s no doubt in our mind we can turn it on very quickly again, if necessary.”Another Army effort that proved successful was the creation of new Urban Augmentation Task Forces — groups of about 80 medical personnel with their own medical equipment who were dispatched to regional hot zones to assist civilian medical facilities.”What we were very proud of is it showed we’re very agile,” McCarthy said of the teams that were dispatched to Detroit, New York and New Jersey.The coronavirus response may also affect how the Army plans for next year’s budget request.”We’re learning how to behave much better, how to behave in it and deal with it,” he said. “It’s going to address choices we make in the FY22 budget. Do you invest more on the front end of vaccinate, prevent? Or on the back end, how to live in it? So you’ll see choices that we’re going to make downstream.”

Meeting recruiting goals in the age of social distancingWith high schools closed across the country, military recruiters have lost their ability to get valuable face time with potential Army recruits. But McCarthy is hopeful that changes the service made a year before the pandemic will help them find plenty of future soldiers during the crisis.”We realized that a little over two years ago our commercials just weren’t very good,” he said.The ads tended to have a narrow focus on combat roles, McCarthy said, and often played during television slots that didn’t reach the 17- to 24-year-olds they want to recruit.The Army’s new “What’s Your Warrior” campaign shifted its pitch to focus on non-combat roles that might appeal to that tech-savvy demographic and moved the campaign from traditional outlets into the digital space.”We’re getting millions of hits because we moved 90% of the money to digital — YouTube and all that stuff,” he said. “It’s more comprehensive to the 150 different skill sets: you see scientists and you see lawyers and you see guys working on satellites. It’s not just flashbangs, four guys in a stack — which is what I like because that’s what I did in the Army.”In 2018, the Army also stood up its own esports team of competitive gamers to reach potential recruits, a move the Navy emulated in February with their own team of gamers.According to McCarthy, the Army’s new digital posture lends itself well to an age of social distancing and helped the Army beat recruiting expectations before the virus took hold.”Our numbers show we were 4,000 (recruits) ahead this year, and then in the spring, before COVID hit. I mean we had tremendous momentum,” he said. “And we still may be able to weather this even with COVID.”Still, Army Chief of Staff Gen. James McConville told reporters last week that there has been a “slight dip” in recruiting, but that officials believe they’re going to make that up later in the year.