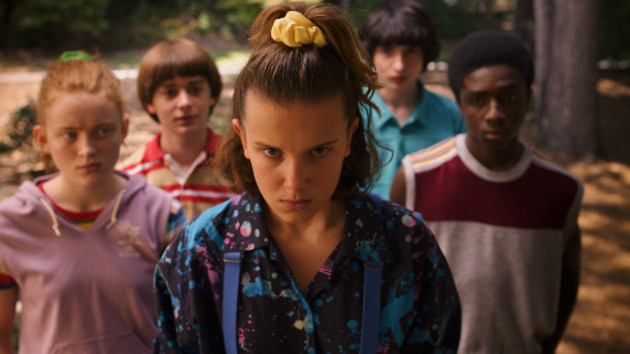 (LOS ANGELES) — Some of TV’s most buzzed-about and acclaimed series have received nominations for the Peabody Awards. The prestigious awards honor “the most compelling and empowering stories released in broadcasting and digital media during 2019.”

Among the 13 nominees in the Entertainment category announced Wednesday are Chernobyl, Fleabag, Ramy, Stranger Things, Good Omens, Succession, Unbelievable, Watchmen, and When They See Us.Other entertainment nominees include OWN’s first ever Peabody nominee, David Makes Man, and first-time nominees for new streaming services Apple TV+, with Dickinson, and Disney+, with the animated short Float.The winners will be announced at a yet to be determined date, since the planned ceremony was canceled due to the COVID-19 pandemic.

Tony nominee Katori Hall shares what she’ll do with her award if she wins on Sunday night
More than a year after George Floyd’s killing, Congress can’t agree on police reform
James Marsden jokes about 15-year gap between ‘Enchanted’ and ‘Disenchanted’: “I never felt older”
COVID-19 live updates: Hospitalizations reach all-time high in this US state for 2021
Ray J responds to rumors of a second sex tape with Kim Kardashian: “This ain’t cool”
Tonight on ABC: ‘The Wonder Years’