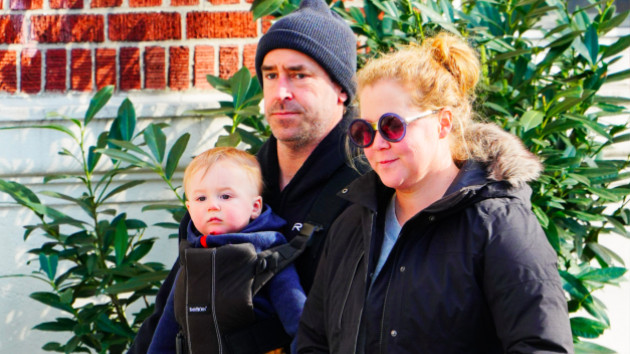 (LOS ANGELES) — It seems like just yesterday that Amy Schumer and her husband Chris Fischer welcomed their son, Gene, into the world.  Hard to believe that he celebrated his first birthday on Tuesday.

Schumer marked the occasion by sharing a cute picture of her sleeping next to Gene on her Instagram page.

“I’m really glad it was you. Hbd,” read the caption.

The couple originally named their child Gene Attell Fischer, but as the Trainwreck star detailed during her Amy Schumer Presents 3 Girls, 1 Keith last month, she and her husband officially changed the boy’s name to Gene David Fischer.“It was Gene Attell Fischer,” the 38-year-old said, noting that they have since thought better of the moniker because it sounded too much like “Genital.”

Another comedian on the podcast took things a step further, joking that poor Gene’s original name sounded like “Genital Fissure.”