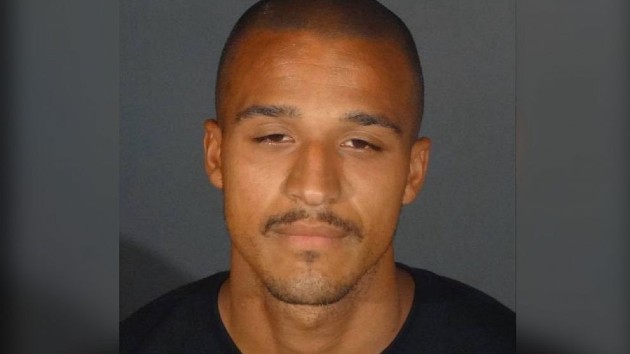 Glendora Police Department
Posted on May 4, 2020 by ABC News

By MEREDITH DELISO, ABC News(GLENDORA, Calif.) — Officers in Los Angeles County arrested and released a suspect three times in one day after he was repeatedly let go based on the zero-bail policy that California has put into effect due to the coronavirus pandemic, police said.The policy is intended to keep the jail population lower due to COVID-19 concerns, officials say. On Wednesday, officers responded to a call of a man attempting to break into a vehicle in the city of Glendora, in the San Gabriel Valley. According to the police, Dijon Landrum, 24, was allegedly attempting to drive away in the stolen vehicle.Landrum was arrested, issued a citation and released, officers said.About an hour after Landrum was released, the department said it received a call about a man allegedly taking items from residences’ front yards. The responding officers allegedly found Landrum at the scene in possession of stolen items.The officers issued Landrum a citation and recovered the property.Later that night, a car was reported stolen out of a parking lot. Glendora officers tracked the car on the freeway in nearby La Puente, and the Los Angeles County Sheriffs and California Highway Patrol pursued the vehicle.Landrum was arrested in Pasadena for alleged possession of a stolen vehicle and for evading officers. He was issued a citation and released for the third time that day, police said.In early April, California’s Judicial Council temporarily set bail at zero for most misdemeanors and lower-level felonies to reduce jail populations and limit the spread of COVID-19 during the coronavirus pandemic. Glendora Police Department officials said they were acting in accordance with the policy. Copyright © 2020, ABC Audio. All rights reserved.