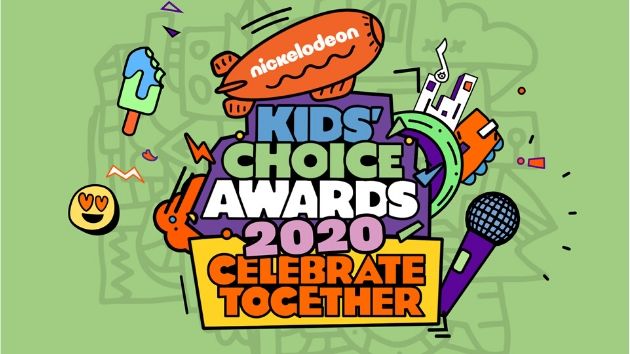 Viacom/Nickelodeon
Posted on May 4, 2020 by ABC News

(LOS ANGELES) — The Kids’ Choice Awards, hosted by Victoria Justice, looked a little different this year, trading the stage and buckets of slime for a socially-distanced award ceremony on Saturday.  On top of making the awards ceremony all-virtual, it also doubled as a fundraiser for No Kid Hungry, in which Nickelodeon announced it donated $1 million to help end child hunger.

However, that didn’t stop kids from casting their vote for their favorites and holding out hope that, perhaps, someone might get slimed when accepting their coveted orange blimp.

Instead, stars like Shawn Mendes and Camila Cabello promised that, in lieu of getting slimed, they’ll be making homemade organic slime to complete the night’s festivities.  However, JoJo Siwa did more than simply deliver on getting slimed, she made sure she was completely covered in the green goo and even brushed her teeth with it.

In the music categories, Shawn Mendes took home the most awards with two wins.