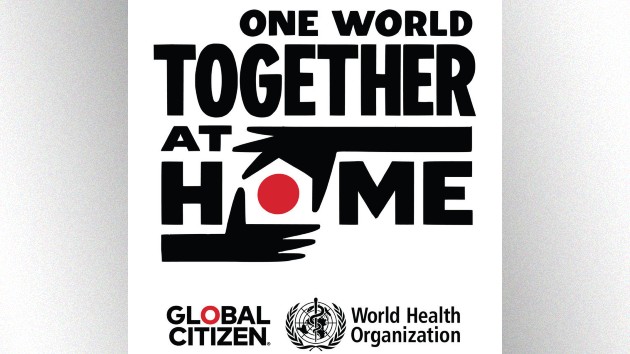 (LOS ANGELES) — Nearly 21 million viewers tuned in to Saturday’s critically successful One World: Together at Home concert, which raised over $128 million for the World Health Organization.

It’s estimated that 20.7 million tuned in for the two hour-long event, which aired across all the major networks and streaming platforms.

The concert was a hit on social media as well, becoming one of the top trending topics over the weekend and generating nearly five million social interactions across the three major social networks: Twitter, Facebook and Instagram.

Hosted by Jimmy Fallon, Jimmy Kimmel and Stephen Colbert, the concert that featured performances from everyone from Elton John to Sam Mendes, also educated the educate the public to prevent the spread of COVID-19.

‘The Hitman’s Wife’s Bodyguard’ overtakes ‘A Quiet Place Part II’ with $11.7 million debut
Waitress abducted and assaulted after chasing 5 people who ran out on $70 bill: Police
How COVID-19 vaccine policies have triggered lawsuits and workplace showdowns
Delta variant infecting mounting number of people in rural Kansas and Missouri
1 dead after people hit by truck at South Florida gay pride march
Man who jumped off bridge to save 2-year-old girl honored by Thunderbirds