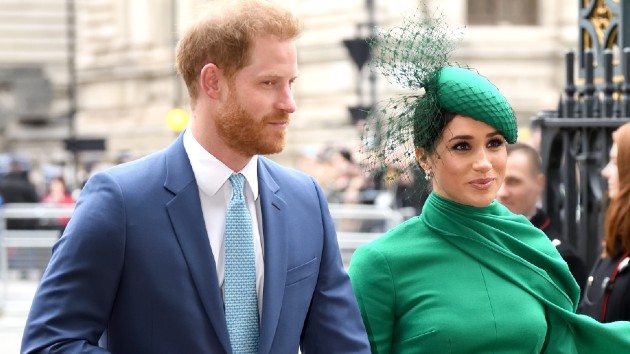 Photo by Karwai Tang/WireImage
Posted on April 20, 2020 by ABC News

(LOS ANGELES) — Prince Harry and Meghan Markle have fired a huge salvo in their war with the British tabloids: A letter to each editor of The Mirror, Daily Mail, Daily Express and The Sun.

According to Variety, the pair will no longer cooperate on stories in those papers, which traffic in Royals news of all kinds.

However, the duke and the duchess have relocated to L.A. from Canada and have abdicated their royal duties. As such, they say they will offer “no corroboration and zero engagement” with the news outlets.

“It is gravely concerning that an influential slice of the media, over many years, has sought to insulate themselves from taking accountability for what they say or print — even when they know it to be distorted, false, or invasive beyond reason,” read a comment from a spokesperson for the pair.

“When power is enjoyed without responsibility, the trust we all place in this much-needed industry is degraded…The Duke and Duchess of Sussex have watched people they know — as well as complete strangers — have their lives completely pulled apart for no good reason, other than the fact that salacious gossip boosts advertising revenue.”

Charity is key to the couple’s future: they were recently spotted incognito in L.A. on Easter Sunday, delivering food to the needy on behalf of the non-profit Project Angel Food.

Markle can be heard in her first non-Royals role since the wedding, voicing over the documentary Elephants for Disney+. Disney is the parent company of ABC News.