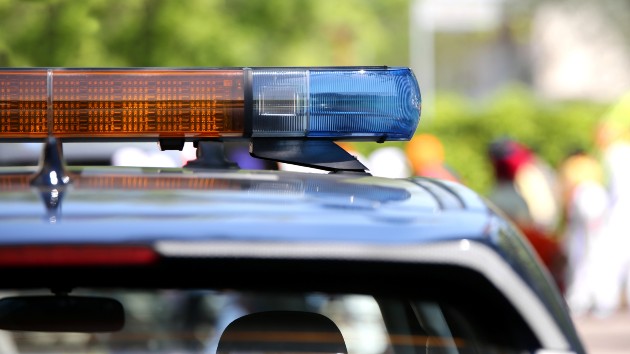 (RICHARDSON, Texas) — Police shot and killed a man who allegedly opened fire inside a public transportation bus, hijacked the vehicle with people inside and engaged in a firefight with officers.The incident began on Sunday around 11 a.m. in Richardson, Texas, just north of Dallas, when the suspect allegedly entered the DART bus and fired shots, shattering several windows, according to police. The alleged gunman, who has not been identified, then ordered the bus operator to move, police said.There was one other passenger inside the bus during the incident. The bus drove through several neighborhoods on the President George Bush Turnpike including Garland, Rowlett and Rockwall, and officers engaged the suspect at multiple locations, police said.”You could not have asked for a worse situation,” Pedro Barineau, a spokesman for Garland police, told ABC Dallas affiliate WFAA-TV.The suspect allegedly shot a Dallas Area Rapid Transit Police Department officer and Garland Police Department member during the chase, but their injuries were non-life threatening, according to police. Police told WFAA that the suspect also hit a patrol car during the chase.Officers then set up spikes on the road in Rowlett, which forced the bus to stop on the northbound PGBT between State Highway 66 and Liberty Grove, police said.The suspect allegedly exited the bus, began a shootout with cops and was shot dead, according to police. The driver and the other hostage were not hurt, police said. Copyright © 2020, ABC Audio. All rights reserved.