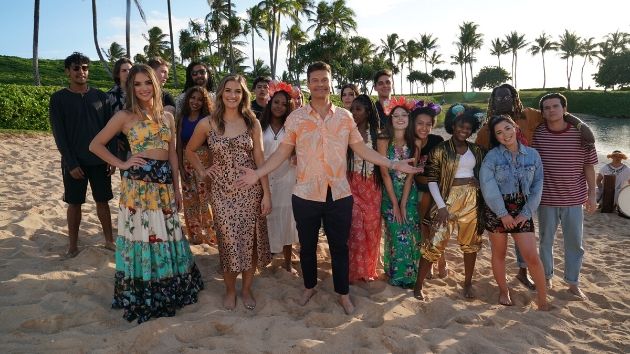 (HOLLYWOOD) — American Idol isn’t letting COVID-19 get in the way of keeping fans up to date with their favorite contestants.

Last week, the popular ABC show, with the help of judges Katy Perry, Lionel Richie, and Luke Bryan, narrowed down the talented group of hopefuls to 21 individuals. What typically comes next would be the live performances where the decision-making gets passed on to America. However, social-distancing rules make that a bit difficult at the moment, so the singing competition is taking a moment to delve deeper into the lives of the Top 20 contestants, with unseen footage and performance highlights with American Idol: This Is Me.

In addition to a look back the special also offered an update into the lives of the American Idol hopefuls today. One of those was Sophia Wackerman. She originally turned down Katy’s suggestion that she should change her last name to Star to honor her late mother, but has since given it some thought. To honor her “favorite person in the entire world” she will now use the name, Sophia James, after her special-needs brother James.

Doug Kiker, the fan-favorite garage man (with over 10 million views on his audition videos combined) was sent home during Hollywood week but he showed off his new teeth and his adorable toddle daughter on Sunday night’s special.

Some footage of Jonny West gave fans a laugh as he read the cheesy songs lyrics of songs he wrote from back in the day. Meanwhile, Makayla Phillips let people in her surprising interests like her pet rats, comic books, video games, and superheroes.

American Idol: This Is Me even took a moment to remember this season’s hilarious auditions. Viewers may remember Lou Dawg, who misidentified Luke as Justin Timberlake and Lionel as Pat Sajak, and Eliza Catastrophe, whose audition performing her original song “Sardines” earned over two million views on YouTube.

While 19 of the top contestants prepare for the next step in the competition the fate of two singers still hangs in the balance: Grace Leer and Lauren Mascitti. Katy, Lionel, and Luke turned the decision over to audiences a week early by letting America decide which of the Nashville singers would officially make the Top 20, but have yet to announce who earned the coveted spot.

American Idol: This Is Me returns on Sunday, April 19 on ABC.

“I got my a** kicked for speaking up”: Katherine Heigl supports union by revisiting controversial comments
Traveling over the holidays? Experts say take advantage of vouchers and lack of change fees
Police investigate ‘suspicious’ death of mother and child at Padres stadium in San Diego
‘Moulin Rouge! The Musical’ ﻿and ﻿’A Christmas Carol’ ﻿win big at 74th annual Tony Awards
‘Shang-Chi and the Legend of the Ten Rings’ dominates box office for fourth straight week
Elon Musk and Grimes have split up: “We are semi-separated”